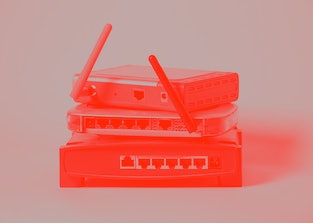 The number of U.S. households with AT&T broadband service

Depending on where you live, you might be surprised to hear that slower DSL internet not only, but for many people in rural America, it's the only fixed-line option to get online. Now AT&T will stop accepting new DSL customers, Ars Technica reports, after the company said last year that it's largely done expanding its faster fiber service. Except, that expansion hasn't covered rural areas, so many will now be left without any option other than mobile connectivity, and that often offers poor coverage, too.

Among the 52 million households that AT&T's home internet reaches, only about 15 million of them have access to the company's fiber offering. In rural counties, the situation is its worst, with only five percent of households within reach of fiber as compared to urban areas where it's about 30 percent.

The carrier has said it will only further expand its fiber network where it makes financial sense. It likely stopped accepting new DSL customers for the same reason, that obtaining and retaining customers was using too many resources to be worthwhile. Basically, people in rural America are too poor.

Just be rich, please — Increasingly, internet access feels like a utility akin to running water or trash collection. It's become essential for attending school, finding a job, or doing many jobs, especially now that there's a global pandemic raging across not just the world, but across America in particular. However, U.S. legislators haven't seen fit to place geographic coverage stipulations on AT&T and its rivals to ensure everyone has coverage. Instead, if you want a luxurious, discretionary service like fast internet, you should probably make sure to live in a major urban area. Oh, and being wealthy helps, too.

Of course, this being America, this is not surprising. Internet service providers, mobile operators, and infrastructure companies are for-profit companies, and low-density areas don't make them money. Even offers of funding from the FCC have received pushback from AT&T because rural customers wouldn't be lucrative in the long-run. AT&T carries a lot of debt it took on to acquire DirecTV and other companies and please investors with continued growth — building out fiber in low-income areas wouldn't aid that goal.

Internet as a utility — Presidential candidate Joe Biden has said he will commit $20 billion to rural broadband infrastructure. That represents a philosophical understanding that the internet should be available to everyone. But many believe it should specifically be regulated as a public utility in which internet expansion would be funded by taxes and providers would have to charge reasonable prices.

Just look at the United States Postal Service as an example of what that would mean. It reaches everyone in the United States (when, granted, the sitting President isn't trying to meddle with it) even in far-flung places that are unprofitable to service. Because Americans decided that everyone being able to send and receive mail served the greater good. It's not socialism, it's common sense. And it helps entrepreneurs, small businesses, and other fiercely capitalist endeavors to succeed.