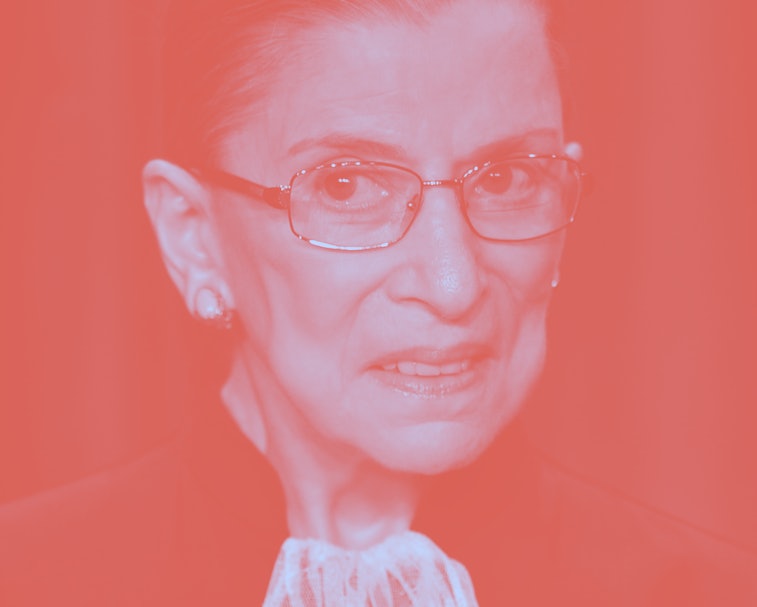 Stop us if you heard this one before: Someone made a new AI chatbot they swear is novel, innovative, and eerily smart. In this case, Israeli tech firm AI21 has released a program called “Ask Ruth Bader Ginsburg,” built upon over 600,000 of the late Supreme Court Justice’s own words spanning 27 years of her career.

“We wanted to pay homage to a great thinker and leader with a fun digital experience,” AI21 explains on its website, with the company’s co-founder Yoav Shoham musing to The Washington Post that Ask RBG “gives you access to the kind of wisdom possessed by a person we hold in high regard.”

The results? “If this is the best the [technology] can do, we’ve still got a ways to go,” George Washington University law professor and former clerk to Ginsberg, Paul Schiff Berman, told WaPo after testing out the program for himself. We decided to ask Ruth Bot Ginsburg a question of our own to see what ruling she might issue from beyond the digital grave, and while we certainly agree overall with Professor Berman’s assessment, her response still feels pretty on-brand...

Patterns aren’t intelligence — As frequently flashy programs like AI chatbots become more popular and prevalent, many people have increasingly voiced their concerns about the ethics and implications of “smart” machine learning software and whether or not humanity should be worried about potentially dire outcomes. Rest assured, though: We are a long way off from a Terminator or Matrix scenario.

Chatbots like Ask Ruth Bader Ginsburg can be novel — and occasionally groundbreaking — but not in the ways most of us think. Despite what it may feel like interacting with them, there is no real “intelligence” to these chatbots; rather, they continue to offer us increasingly convincing illusions of intellect.

Chatbots, by and large, are basically just really great pattern-recognition tools able to identify and mimic the structures found within the language and — as is the case with personalized examples — tone of a human. It doesn’t know what “legal” means, but it does know how often, where, and when “legal” is used in relation to the hundreds of thousands of other words stored in its datasets. Repeat this procedure countless times over and you get largely convincing sentences, paragraphs, and even thematic consistencies.

But “self-awareness” it ain’t. So don’t worry — we aren’t due for a Ruth Bader Robopocalypse for at least a few more years.