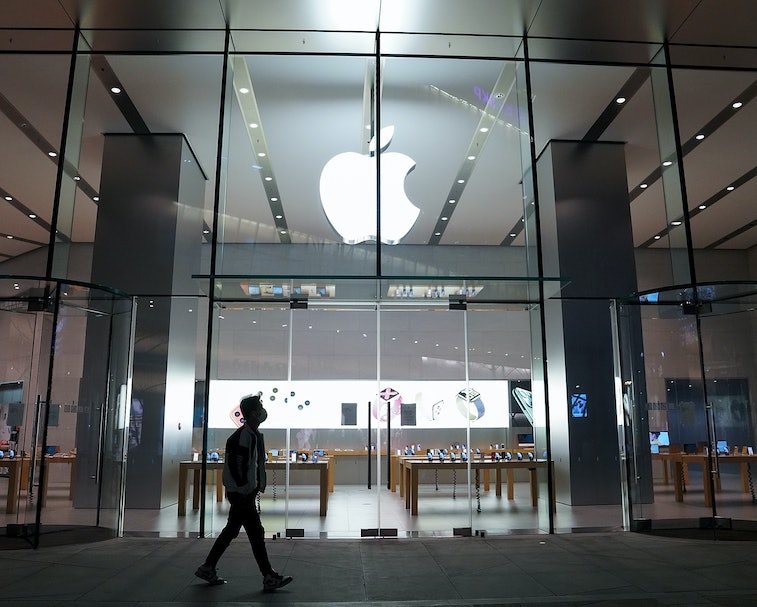 Apple has told employees that its retail stores in the U.S. will remain closed until early May due to the COVID-19 outbreak, Bloomberg reports, while corporate employees who can will continue to work remotely until then.

Deirdre O'Brien, Apple's senior vice president of retail and people, told employees that the company is, "continuing to monitor local conditions for every Apple facility on a daily basis" and that the company will make reopening decisions on an individual basis using guidance from local governments.

In the meantime, if you're trying to buy some Apple gear — or arrange to have something repaired — you'll just have to do it online.

With many schools around the country closed, O'Brien has also asked Apple employees to inform management if they're struggling to balance their work obligations with childcare.

Continuing to make payroll — Apple faced some backlash after reports suggested the company wouldn't be paying its hourly workers — including janitors and bus drivers — as long as its offices remained closed. The company eventually announced that it will continue to pay these employees as though normal operations are underway, and plans to until people can return to work. The same applies to its retail employees.

Apple has more than $200 billion in cash and equivalents on its balance sheet, and it's estimated that Apple's hourly workforce only costs the company about $30 million per year, so it would have been pretty insane to not cover their pay checks for a few months. Apple is still going to need those staff when the pandemic ends, after all. And, in until then, as some of Apple's lowest earners, those staff really need to continue getting paid.