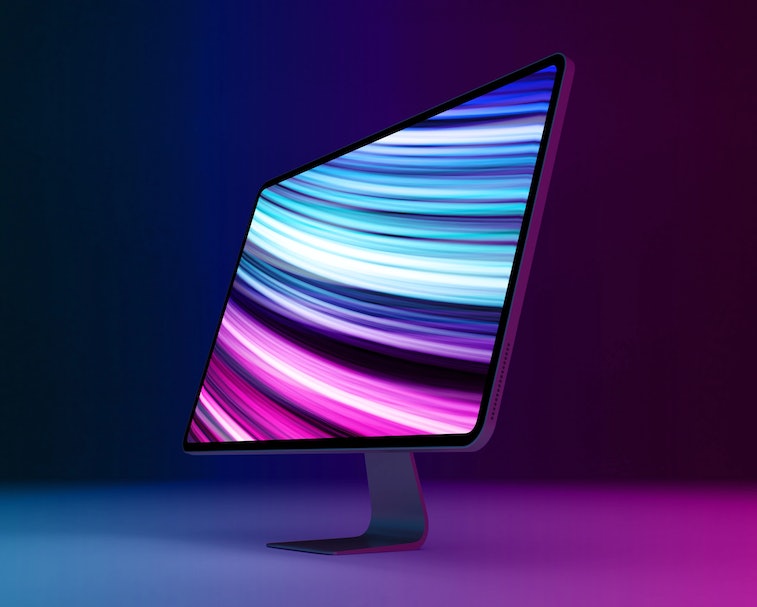 Apple is rumored to be unveiling a new iMac later this month that will take design cues from the iPad Pro and Pro Display XDR. The desktop computer will drop the large chin at the bottom and instead have one thin bezel surrounding the display. That's according to frequent leaker Sonny Dickson in a tweet posted earlier today.

Besides a redesign, Dickson says the iMac will also feature Apple's T2 security chip that stores encrypted authentication data and scans for data tampering during bootup. The hybrid Fusion Drive system that combines a small SSD with a larger spinning hard drive will be replaced with an all-flash system. The purpose of the hybrid system was to balance the speed of SSD with the storage capacity of a traditional drive, but the cost of SSDs has since fallen and much data can be stored on iCloud when it's not in use. Apple has already dropped traditional hard drives in its other computers in favor of lightning-fast solid-state.

Ditching Intel? Maybe not yet — It's unclear what processor Apple may choose to use in the new iMac. Bloomberg reported earlier today that the company intends to use WWDC, beginning virtually on June 22nd, to introduce Macs that feature its own in-house ARM-based CPUs, a long-anticipated move that would reduce Apple's reliance on Intel and allow it to release improved processors on its own timeline. But developers will need to update or completely rewrite their applications, meaning there may be a long delay between the announcement of new architecture and an actual consumer release. The new iMac may remain on an Intel processor for now.

The iPad Pro design is perfect — It appears that the iPad Pro design has become the standard for Apple products in the short-term considering the new Pro Display XDR adopted the same aesthetic, so the redesign of the iMac wouldn't be surprising. Apple has been reducing the bezels on all its hardware and now the iMac looks dated in comparison. Add the replacement of the Fusion Drive and new a T2 chip and you have a solid upgrade.