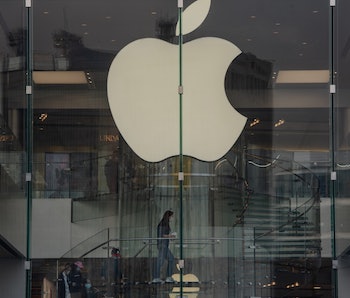 Following a hint from antenna maker Qualcomm yesterday that it expected "the delay of a global 5G flagship phone launch," Apple came out today during its third-quarter earnings call and confirmed this year's new iPhone is being pushed back by a few weeks.

iPhones normally go on sale in late September, meaning that the new smartphone will be going on sale in the holiday season rather than fall. Today's announcement from Apple also all but confirms that the new iPhones will support 5G.

Beating the recession — Apple did incredibly well in the past three months, announcing revenue of $59.7 billion, up 11 percent from a year ago. Many were expecting Apple to be hit hard by the economic recession – analysts estimated the company would see revenue of $52.2 billion. It seems that sales in China particularly helped the company, however, with that country reopening after coronavirus lockdowns much sooner than the rest of the world.

Facebook and Amazon also announced strong earnings for the past three months despite tough economic conditions. Google is the only of the big four that missed and saw revenue decline by 2 percent because of weak advertising. Facebook was also hurt by declines in advertising spend but still managed to grow by 10 percent.

Work from home — Both the Mac and iPad businesses saw double-digit growth as consumers bought new computers to work from home, a refreshing turnaround for products that were once viewed as lackluster or dying. The Mac had revenue of $7 billion, up from $5.8 billion last year. Meanwhile, the iPad brought in sales of $6.5 billion, up from $5 billion a year ago. As schools and universities remain shuttered for the indefinite future it seems like these two lines will only continue to do well.

Apple faced scrutiny yesterday during antitrust hearings, where its treatment of developers in the App Store was put under the spotlight. Internal emails released by the House Antitrust Committee revealed that the late Steve Jobs once ordered the company to "cut off" a developer for speaking badly about Apple to the press. Developers complain about the 30 percent commission Apple takes, and the tight control it wields over them that they say favors its own competitive services.

Apple's stock is up 4 percent following the earnings report.