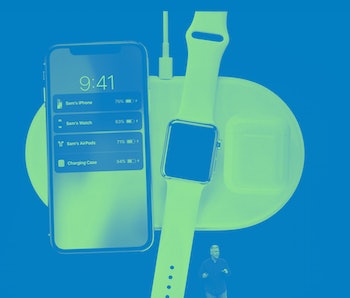 Last year, Apple announced the full cancellation of its AirPower wireless charging project. Now tech YouTuber Jon Prosser claims he’s heard whispers of the project being back on, with prototyping well underway. Prosser later tweeted that his rumor has been verified by multiple sources.

Apple blamed AirPower’s cancellation on the company’s inability to meet its own “high standards.” Those standards are what’s kept Apple at the top of the tech game for so long — and if we do eventually see AirPower in stores, it will probably be worth the wait. It could even change how we charge our devices forever.

No guarantee we’ll ever see this — The AirPower project’s renewal is still no more than a rumor. Prosser himself notes that there’s no guarantee the product will ever be finalized or released. Apple’s prototyping team is constantly chasing the next big thing, and many of those projects are never seen by the general public.

However, a patent filing discovered in December 2019 also points to continued interest in the product at Apple. The patent places many charging coils in an overlapping pattern to accommodate charging on all parts of the mat. Prosser’s leak states that Apple’s main efforts are on re-engineering these coils to displace heat more effectively.

Can Apple keep these big promises? — Apple first announced the AirPower project back in September 2017, quickly becoming something of a mystery ticket item for loyal fans. Apple made its typical future-forward promises with the product’s announcement: the ability to charge multiple devices on any and all parts of the AirPower charging mat, for example.

But Apple has always been about pushing tech to its furthest limits and then finding something worthwhile on the other side. The company’s refusal to release a less-than-perfect product is the very reason it’s one of tech’s most important innovators. It’s very rare for the company to grapple so much with a new product, at least publicly; it’s likely the charging pad presents uniquely complex challenges if Apple’s engineers are struggling with it.

If AirPower manages to make its way to the public, it will likely sell very well, given Apple’s loyal fan base. Apple products have a history of changing the future of tech with its innovations — if AirPower works well, Apple could even begin releasing devices without a traditional charging port.

Of course, there’s no telling how invested Apple actually is in the future of AirPower. We’ll be hoarding lightning cables for the foreseeable future.