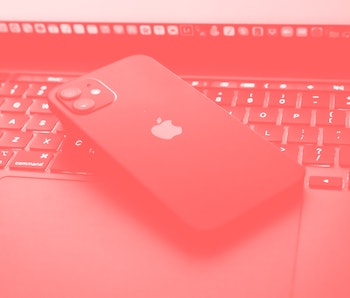 Under a bill introduced last week, Apple would be required to give users a choice of whether to keep or delete its pre-installed apps from their iOS devices. That’s according to Democratic Rep. David Cicilline, who mentioned Apple in comments about the proposal on Wednesday.

The intention of the bill is to prevent major tech platforms from maintaining their dominant market position by promoting their own services over those from competitors. Spotify has long argued that Apple’s competing music streaming service has an unfair advantage because the company pre-installs it on all iOS devices. If a consumer wants to try Spotify, they have to find it in Apple’s App Store — and Spotify doesn’t even allow users to subscribe there, because Apple would charge a commission fee.

Apple takes another hit — Apple already allows users to delete some pre-installed apps, but not all: Safari and Wallet are two that cannot be removed.

“It would be equally easy to download the other five apps as the Apple one so they’re not using their market dominance to favor their own products and services,” Cicilline said. It’s unclear if he means that users would be prompted to choose a service at device setup.

Cicilline also called out Amazon, saying the bill would prevent that company from giving preferential treatment in search to Prime-eligible products.

The bill was one of five introduced last week that would limit platform company’s control and make it harder for them to acquire competitors, or operate businesses in direct competition with others’ using their platforms.

Big Tech oligopoly — The argument against major tech companies harkens back to the Department of Justice’s infamous case against Microsoft in the 1990s. The government sued the tech giant, arguing that it was unfairly thwarting competitive threats by pre-installing Internet Explorer on Windows and blocking PC makers from installing alternatives. Microsoft eventually settled and allowed computer makers to install their own software on new machines.

Things have been different in the past two decades, as regulators have taken a largely laissez-faire approach to Big Tech. Under the Obama administration, companies like Facebook were able to acquire competitors for billions of dollars and no major antitrust action was ever taken.

Changing tide — Now, sentiment has turned and legislators feel that it was a mistake to allow those deals to go forward, as Facebook, Google, and others serve as the portals through which consumers discover new things, and as such, they have the power to promote their own products and become even bigger. A product like Clubhouse exemplifies this — the audio-only social app was quickly cloned by Twitter and others, which are able to promote the services to their huge user bases and quickly gain traction.

The tech giants, for their part, have defended themselves, saying they welcome competition and don’t intentionally favor their services over those from others. But critics think breaking up the companies or reigning in their power could even the playing field for competitors that might offer a better deal to consumers, like less invasive data tracking. Another proposed bill would require Facebook to let users export their friends lists to alternative services.