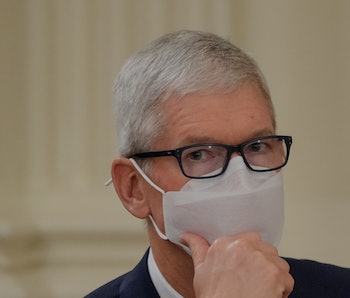 If Apple has its way, spyware makers will look at NSO Group as a “Worst Case Scenario” outcome for their services. As reported earlier today by The New York Times, Tim Cook and company are suing the Israeli-based invasive data mining software designers for what they describe as the continued “surveillance and targeting of Apple users” across the globe, and seek to ban the company from all Apple platforms.

NSO has long claimed it only provides its Pegasus spyware product to governments for “lawful interception,” although as the NYT notes, a number of recent damning reports have shown that the company routinely has sold its wares to governments that in turn employ it to surveil activists, protestors, and journalists. This is made all the worse by the fact that the Israeli government must approve all NSO business dealings with foreign governments ahead of time.

Irvin Krstic, Apple’s head of security engineering and architecture, said in a statement, “This is Apple saying: If you do this, if you weaponize our software against innocent users, researchers, dissidents, activists or journalists, Apple will give you no quarter.”

Pretty dramatic, but fair enough. Hell, even Edward Snowden is on board with the legal move.

Apple does not take kindly to privacy violations — While it’s certainly bound to be an intense legal slog for both parties, the move to both sue NSO and block it from Apple products en masse isn’t the most surprising of outcomes. Apple has long been extremely aggressive when it comes to enforcing its own user privacy policies — so much so that it has resisted handing information over to the U.S. government on a few occasions. It makes sense, then, that Apple would be even more ticked off to see other third-party private companies actively subverting its policies for profit.

Do as they say, not as they do — Of course, there’s always another side to the story when it comes to Big Tech ethics. As bulldogish as Apple can be in enforcing privacy against entities outside the company, it’s got zero problem keeping all manner of intimate user data to itself. Take the recent NeuralHash debacle, for example, which ostensibly amounts to in-house, AI-powered spyware, which almost assuredly is far more dangerous than NSO Group’s offerings should it ever fall into the wrong hands.