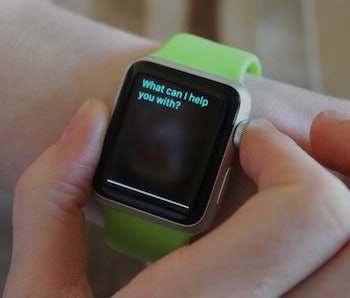 Apple is clarifying that users cannot, in fact, set their default music app in iOS 14.5, as was previously speculated. Instead, when users ask Siri to play audio, be it music or a podcast, the assistant will prompt them asking which installed app they'd like to play from. Over time it's supposed to learn which app to open based on a user's listening habits.

You could, for instance, request that Siri play the podcast Heavyweight, and then tell the assistant you want to hear it through Spotify. In theory, Siri will learn to always play that podcast through Spotify, even if you don't specify the app in later requests. The assistant may occasionally ask users to choose a preferred service again.

Antitrust — It's a small clarification, really, but means that Apple is not allowing users to change their default music app to Spotify instead of Apple Music. That will be disappointing to many who thought that Apple was finally making the change that already allows users to set their default apps for web browsing and email.

It's unclear why Apple isn't going all the way and allowing users to change their default music player. Spotify has argued to regulators in the European Union that Apple's first-party apps have an unfair competitive advantage because they're pre-installed on all iOS devices and the company demands fees from third-party developers, giving Apple Music an immediate leg up.

A nice feature — Even though Apple isn't technically allowing users to change the "default," it will probably come to feel like that for users over time if Siri's intelligence works as promised. Apple says that developers can use APIs to provide Siri with more information on what people listen to in their app and why, which could allow Siri to become more accurate.

If it works well enough that users can ask for any song or podcast and Siri opens their preferred app, that would in effect give users the choice they want. System-level Siri controls are really the only technical advantage Apple Music has over competitors (besides the aforementioned pre-install), and the latest update would go a long way towards changing that.

Even though competing services will get better support in iOS 14.5, Apple recently launched a new challenger in its Apple One subscription that bundles multiple services, including Apple Music, into one monthly fee. The company heavily promotes its subscription offerings to iOS users.