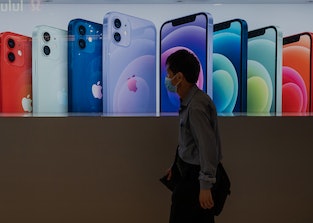 Apple's profit during Q3 ahead of an expected slowdown next quarter.

Apple absolutely killed it during its third quarter of 2021, which covers the period from April through June. The company saw revenue grow 36 percent to $81.43 billion, with profit of $21.74 billion. It cautioned on its earnings call, however, that growth will be slightly slower in the coming quarter, thanks to global impacts of the coronavirus.

“We expect supply constraints during the September quarter to be greater than what we experienced during the June quarter. The constraints will primarily impact iPhone and iPad,” said Apple CFO Luca Maestri.

High demand, low supply — That probably doesn’t spell too much trouble. The company anticipated shortages in the last quarter, affected by a confluence of high demand for PCs during the pandemic and production issues at partner suppliers. But the impact on revenue ended up being pretty small — Apple missed maybe $3 billion in lost sales of the iPad and Mac. It expects the situation to worsen somewhat in the upcoming three-month period. Maybe that’s because new iPhones are expected to be on the way.

Demand for the iPad and Mac lines has increased as a consequence of more people working from home. Last quarter, CEO Tim Cook said that demand for its products is “supply-gated, not demand-gated.” So Apple is stressing that it’s not a lack of enthusiasm from consumers that’s impacting sales.

COVID-19 — Global supply shortages are affecting different companies for somewhat different reasons. Automakers have similarly faced shortages in chipsets for their vehicles, but those chips are less sophisticated than the ones used in iPhones, and operate on different manufacturing lines. Apple has largely been able to source the chipset production it needs, but some components from other providers have been in shorter supply due to high demand.

Shortages have been hard to address immediately because it can require opening up new manufacturing lines, which takes time. In the area of automotive, the chips being used are cheaper, older processors that are not very profitable, and therefore there’s little incentive to invest in new manufacturing. Car companies got themselves in trouble because they canceled orders at the start of the pandemic, anticipating slowing sales when the contrary happened. Manufacturing capacity was sold to other companies, but now some factories are adapting to begin making chips for automotive.

The supply of smartphone components will still be somewhat hampered for the next few months, if Apple is to be believed.

The company is expected to unveil a new iPhone in September following its regular release cycle. The phone is expected to hew to the same design as the existing iPhone 12 but may feature a better display and camera array. If you want one of these phones, you’ll almost certainly be able to buy one. Worse comes to worst, there might be a short shipping delay. But Apple has barely missed a beat the entire pandemic and that doesn’t seem likely to change too dramatically.