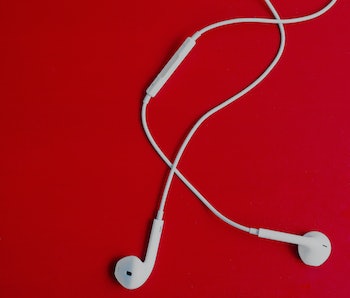 Following yesterday’s announcement that this year’s new iPhones won’t come with EarPods or a wall power adapter, Apple has slashed the price of both on the company’s online store. Each will now retail for $19 — a significant $10 drop that will make them more affordable for new customers.

Though yesterday’s Apple Event focused for the most part on the iPhone 12 lineup, the new accessory-cutting rule will actually apply for previous generations of iPhones, too. Apple is no longer including a power adapter or EarPods with the iPhone 11, XR, and SE, either.

Given Apple’s inclination toward cost-cutting measures, we were skeptical about how it would affect consumers. This price drop certainly alleviates some of those concerns; it’s a nice middle ground between Apple and its customers.

Go green or go home — It’s 2020, and Apple would be remiss to not recognize at this point its operations’ contributions to climate change. The company pledged this summer to be running an entirely carbon-neutral business by 2030. Getting to that point requires some complex resource-finagling.

As you might expect, Apple’s detailed plans to go carbon-neutral involve innovative technologies like a robot named “Dave” that’s capable of disassembling the iPhone’s Taptic Engine to re-use rare Earth metals and magnets. To complete its goal, though, Apple also needs to cut back on production somewhere — and, if anything’s got to go, the wall adapter is a great place to start.

Wait, which power adapter do I need? — The thing about Apple products is there are so many different adapters. There’s the classic 5W USB wall adapter that’s been included with almost every iPhone; there’s the 18W USB-C adapter that Apple began shipping with the iPhone 11 Pro line and the iPad Pro; there’s a 12W USB adapter that ships with a bunch of other iPads — it’s enough to make anyone’s head spin.

In most cases, the easiest method by which to choose a wall adapter was to match the one included in your product’s box. Now that there isn’t an adapter included, iPhone buyers might be more than a little confused.

Here’s the good news: most new iPhone models are compatible with every wall adapter. The new 20W USB-C adapter is your best bet to pair with the USB-C cable included with the iPhone 12 lineup, but you can actually plug your iPhone into a Mac or iPad adapter, too. Your battery will be just fine.

Some new iPhone customers will still be upset — understandably so — to find their brand new iPhone can’t be plugged into the wall right out of the box. As a whole, though, the move will cut Apple’s carbon output by an unheard-of 2 million metric tons of carbon. That’s as much as 450,000 cars produce in a years’ time. It’s probably worth having to fork out an extra $20 for the adapter if you need it, given that the planet is actively burning to a crisp.