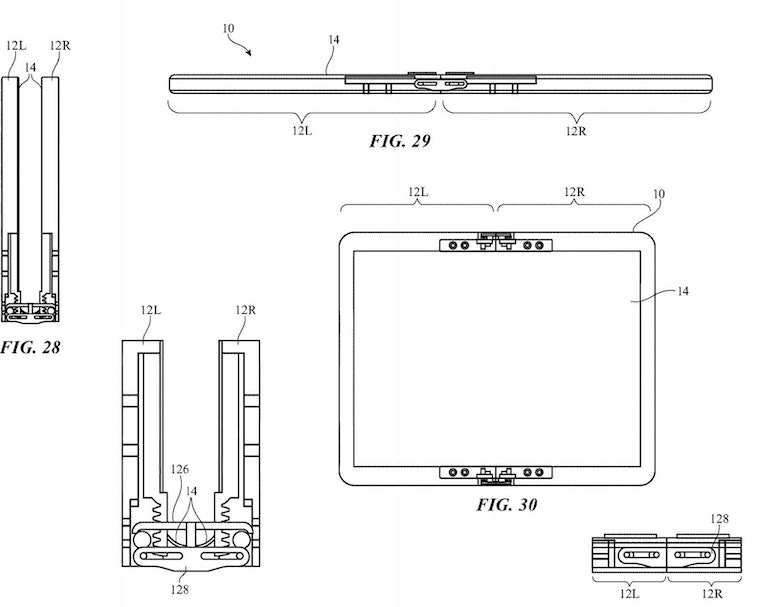 Apple has filed a patent for a foldable device with a hinge mechanism that could prevent the creasing that occurs in today’s folding displays from Samsung and Huawei. MacRumors spotted the filing.

In the patent, titled “Electronic devices with flexible displays and hinges,” it appears that there’s a flap between the two sides of the display. When unfolded the flap extends out like wings, and retracts when folded, leaving some space between the two portions so that the phone never closes shut completely, mitigating a crease.

Motorola has does something similar with its new Razr. The screen is made of plastic and almost folds flat but has a hinge that leaves a slight curve at the fold. Folding glass is expected to survive more stress than plastic, and not create creases, but it's not quite ready yet because it needs to get very thin and still maintain its damage resistance.

Question marks all around — Obviously the problem here is that the device doesn’t close completely, as you can see in the patent drawings. That would seem to ruin some of the portability promised by folding phones — surely Apple would find a solution first. And we still don’t even know if consumers will find a folding phone useful day-to-day. Do people want to walk around using the phone in its large, unfolded state? Will any external display at present be good enough to use on the go? The small display on the exterior of the Galaxy Fold is pitiful.

Patents don’t mean production — Apple files patents all the time for ideas it doesn’t use. This filing suggests that the company is at least thinking about folding phones, however, which is something they haven’t mentioned publicly. Apple’s style is typically to take technology that’s out there and implement it once they get it right.