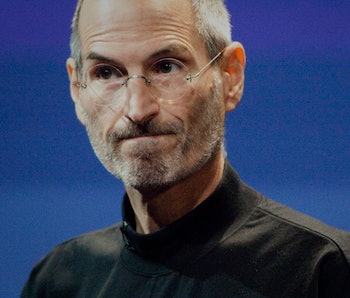 Apple once considered making an “iPhone nano,” a newly revealed email by Steve Jobs confirms. The phone would have been a “low cost iPhone model based on iPod touch.”

Jobs’ email, which was sent in October 2010, was included in the ongoing Epic v. Apple lawsuit, and indicates that Apple considered making a smaller, budget-friendly iPhone for a long time before it eventually released the iPhone SE in 2016. The Verge earlier reported on the never before seen iPhone nano.

What could have been — A bullet point in the email, which was an agenda for a strategy meeting, reads “iPhone nano plan” and has a sub-bullet for “cost goal,” suggesting a discussion of pricing. Another sub-bullet reads, “show model (and/or renderings) - Jony,” presumably meaning that Apple’s former design chief Jony Ive would present potential designs for the iPhone nano.

Apple doesn’t use the “nano” branding on its devices any longer, having replaced it with the “Mini” monitor that it attaches to the smaller versions of its products, like the iPad mini and the HomePod mini.

Cute, but — Considering that the iPhone 4 was released around the time Jobs’ email was sent, it seems likely the iPhone nano would have been pretty small. The iPhone 4 had a 3.5-inch screen — puny compared to the 6-inch display found today on a standard iPhone 12, or the 7-inch one on the iPhone 12 Pro Max.

Some people still appreciate a smaller phone that can fit comfortably in their hands, and Apple today sells an iPhone 12 mini with a screen that comes in at 5.42-inches. But sales have reportedly been poor, suggesting that people’s stated preference is different than their revealed one. The iPhone 12 mini looks cute and portable, but battery life is shorter than in the larger phones, and other issues like text readability mean most people don’t actually want to go back to the days of small screens. If the screen in the iPhone nano really was to be smaller than the iPhone 4’s, it might have been difficult for users to accurately touch on-screen items.