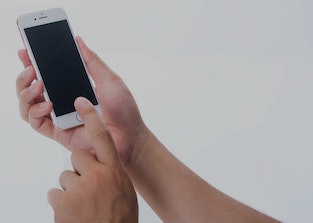 The year Apple may introduce iPhones with an under-screen Touch ID sensor.

Apple may return Touch ID to future iPhone models through a fingerprint sensor that lives under the screen. Reputed analyst Ming-Chi Kuo says that could happen in the second half of 2023, according to a note seen by MacRumors.

Several smartphone makers including Samsung already offer smartphones with in-screen fingerprint sensors. The technology is implemented in varying ways, but allows devices to preserve as much real estate as possible for the display. Amid the COVID pandemic, fingerprint sensors are also just a bit more convenient as you don’t need to pull down your mask.

Kuo has been a reliable source on Apple over the years, using contacts in the manufacturing supply chain to glean information on the company’s plans.

Face v. finger — Facial-based authentication was debuted for the iPhone in 2017, to much fanfare, but the COVID pandemic has illustrated a core weakness in the technology — it’s perhaps a bit faster than Touch ID, but a mask obscuring your face will negate any such time savings. Touch ID was removed from iPhones with the introduction of Face ID, but bringing it back could at least give users some choice based on what’s most convenient for them.

The newest iPad Air and iPad mini feature Touch ID sensors in their sleep / wake button, and Apple could potentially even use that implementation, if not in the screen itself.

There are other issues with Face ID, such as legal concerns that arise when police compel a person to unlock their phone. Legal cases have set a precedent that law enforcement can unlock a device if Face ID is enabled, as doing so doesn’t require a person to self-incriminate themselves with private information.

Foldable iPhone — Kuo’s note also says that Apple may introduce a foldable iPhone in 2024. That claim seems a bit more dubious. Samsung has fixed all the problems with its foldable devices but it still seems like the form-factor is a solution looking for a problem in many ways. The Galaxy Fold 3 is cool, but practically speaking you can’t operate the phone single-handed in its unfolded position, and when it’s closed it’s thick and heavy. For all of that, the best you get is multitasking side-by-side apps, or a bigger screen to watch videos. But a laptop or tablet would probably be better, and with the $1,800 price of the Galaxy Fold, you can buy said laptop.

At least if Apple brings back Touch ID it would offer a notable benefit in terms of choice when Face ID may not be preferable, or possible.