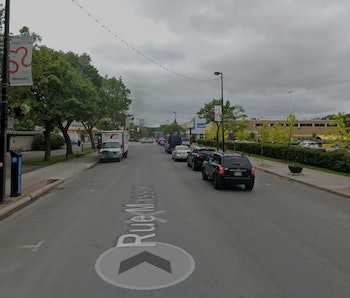 Apple Maps "Look Around," a feature reminiscent of the popular Street View in Google Maps, has expanded to three new cities: Boston, D.C., and Philadelphia.

You know the deal — If you've ever used Street View you'll know what to expect here. When you're in Apple Maps viewing a location that has Look Around coverage, a binoculars icon will appear in the top right of the screen indicating that you can see detailed 360-degree photography at the street level. Once in Look Around you can swipe around a street to move forward and back, just as in Google Maps.

One neat difference is that in Apple Maps you can view Look Around in a split-screen mode alongside the map, so as you move along in Look Around you know your exact location. That's kind of neat.

Apple recently announced that it had completed a long and expensive overhaul of Maps in the U.S., saying the feat required outfitting hundreds of planes and cars with custom sensors and Lidar. Its mapping cars logged over 4 million miles in the process, the company said.

Of course, Google has been mapping the world around us for much longer than Apple, so for the best street-level photography, you'll still want to go to them. Today's update means Look Around is available in nine cities, whereas Street View has coverage in more than 80 countries.