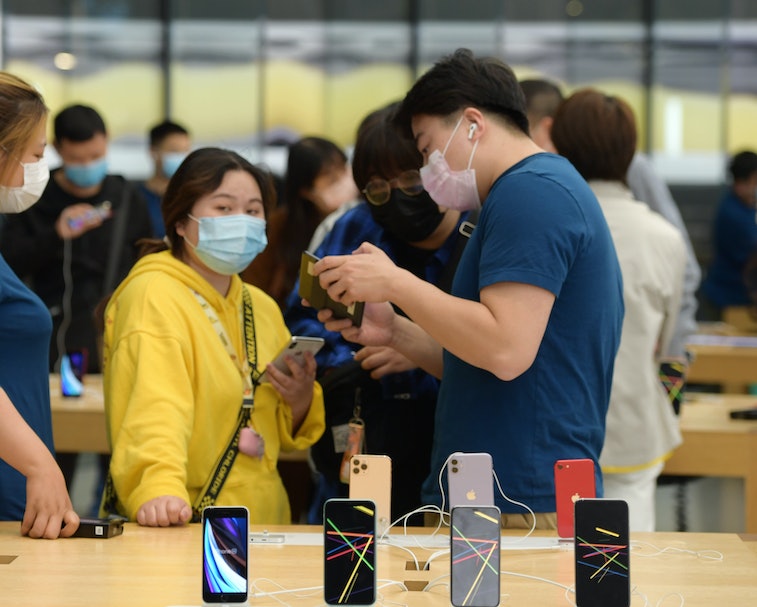 Apple is pushing back the production of its forthcoming flagship iPhones by about a month, according to a report by the Wall Street Journal. The move comes as most of the world shutters its doors in an attempt to curb the spread of COVID-19. One of Apple's biggest strengths is its ability to predict consumer demand and meet it. With demand for new iPhones set to fall this year as COVID-19 encourages belt-tightening and batters the global economy, Apple's move makes perfect sense.

Mass production of new iPhones and other Apple products usually happens each year in late summer to prepare for a mid-September release. Sources say this year’s schedule is being pushed back to produce most of the new iPhones between July and September.

Apple always has its fingers on the pulse of technology, ready to jump at any and every opportunity to innovate and expand. Now that the pulse has slowed to a near crawl, Apple knows its best move is to wait. The iPhone 12 line will be waiting for us when we have the need for (and can afford) new mobile devices again.

Apple has been hit hard — Apple retail stores around the world have had to close thanks to COVID-19, but the company’s concerns for the year went all the way back to January. Foxconn, one of Apple’s most important production facilities, has dealt with full plant closures and a much-reduced workforce. In February Apple told investors it would miss its quarterly revenue projections because of its limited production capacity, and travel bans have seen the company resort to walking Chinese colleagues through iPhone prototype assembly via video calls.

Let’s go for the budget option instead — Apple spends most of its time creating beautiful, luxury products with boundary-pushing features and innovations. But for that business model to work, people need to have disposal income available to spend on upgrading their phones. With record numbers of people losing their jobs due to the pandemic — and only some of them receiving assistance from the government — a large portion of the population doesn’t have room for new luxury purchases right now.

That’s why Apple’s timing couldn’t have been better in releasing the new iPhone SE. At just $399, it’s less than half the price of a new flagship iPhone and packs plenty of the best features from last year’s iPhone 11 line.

Don’t worry, the iPhone 12 is still coming — People familiar with Apple’s plans say the new line of iPhones is still expected in 2020, there just may be fewer available at launch than usual. We’re expecting four new iPhones this time around: one with a 5.4-inch screen, two with 6.1-inch screens, and a Plus model with a 6.7-inch screen, too. They’ll all use OLED technology and come with a smaller notch, slimmer bezels, and flatter sides, if the latest design leaks are to be believed.

Apple is telling investors not to worry just yet, and for good reason: its war chest is well stocked and demand for its products isn't going to evaporate overnight. Sure, we might not get our hands on the new iPhones until October this year, but we won’t be able to afford them until then, anyway.