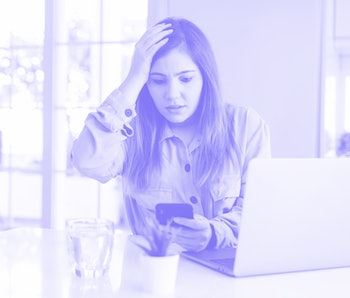 Apple is rejecting apps related to the coronavirus outbreak that don't come from vetted health organizations or governments. CNBC spoke to four independent developers with one saying their app was rejected because, "apps with information about current medical information need to be submitted by a recognized institution."

Examples of apps that have been rejected include one that would allow people to see stats on which countries have confirmed cases of coronavirus, using data from authoritative sources like the World Health Organization (WHO).

This is a good thing — Apple has always had strict guidelines in place around the types of apps it allows onto its platform, and uses human reviewers to scrutinize every single submission before it can be approved. For such a highly regulated and sensitive area like health, it makes intuitive sense that Apple would prefer to trust reputed organizations rather than some fly-by-night developer. The company apparently updated its App Store Review Guidelines in recent days to explicitly address apps in such "highly regulated" fields.

Furthermore, coronavirus panic is ripe for exploitation by people trying to make a quick buck. Since this outbreak is an exceptional circumstance, search results in the App Store for "coronavirus" were probably nonexistent before now, meaning a developer could easily get top placement. Some crude app that's been thrown together overnight with potentially bad or misleading information would reflect poorly on Apple. As it stands, more than 3,000 people have died from coronavirus infection. We should be happy that Apple isn't like say, Facebook, which is known for allowing dangerous misinformation to run rampant.

Still, Apple might have too much power — The situation is another reminder of the level of control Apple wields over developers. The company can pick winners and losers, or pull an existing app and kill a company at the drop of a hat. Spotify was able to convince the EU to open an investigation into Apple, for instance, saying that the company is promoting unfair competition by pre-installing its music streaming app on all iPhones. Spotify also stopped allowing iOS users to subscribe to its service directly through the app because Apple would force it to pay a commission.

I'm sympathetic to those worries but in the case of this serious health epidemic Apple is doing the right thing.