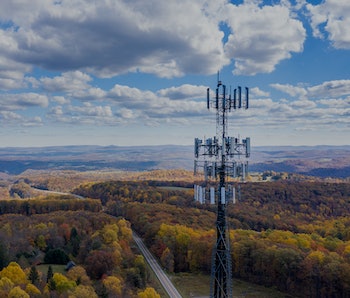 In much of the U.S. and Europe, 5G is just barely getting off the ground, but that's not stopping the mobile industry from beginning work on what comes next. The new industry group "Next G Alliance" has launched with a goal of advancing "North American global leadership over 6G early development." Founding members include carriers AT&T, Verizon, US Cellular, and T-Mobile, as well as smartphone makers Apple, Google, and Samsung.

Membership in the coalition will cost $20,000 in 2021 and the first annual meeting will occur later this month to appoint a "steering group." Working groups are expected to begin in early 2021, though there's no timeline for when we might see 6G or what it would be capable of. One thing we can bet, though, it'll be fast. Really fast. But will it be able to get over the hurdles 5G — and especially the mmWave — version of the technology faces, which include incredibly short range and dedicated windows in device bodies like those found on Apple's latest iPhones?

Long road ahead — New cellular technologies take a long time to develop — 5G development began in 2008 and the service is still in a nascent phase as carriers haven't yet dedicated enough spectrum to it. As a result, in many places where 5G is available, speeds are not much faster than LTE, and sometimes they're actually slower. Right now, carriers slice off just a small piece of their allotted spectrum for 4G and reassign it to 5G.

Industry insiders have hyped up 5G for years as the next big revolution in mobile computing, but iPhone 12 owners have largely been underwhelmed by the technology thus far. Besides faster speeds, 5G is supposed to offer lower latency than LTE, which would be good for uses like game streaming and video conferencing.

Due to increased bandwidth capabilities, 5G networks are expected to serve more than just smartphones, but also be used as replacements for internet service providers and compete with cable internet. But it's not there yet and anyone buying a new device just for the 5G capability will likely be disappointed. Especially if they live outside a major urban center.

One cause of disappointment with 5G thus far is that the marketers at the AT&Ts and Verizons of the world ran ahead of what the technology is actually capable of today.

We're not totally pessimistic — We're not saying continued evolution in cellular technology isn't important. 5G brings with it some improvements that are hard to see, like the aforementioned higher throughput that can handle traffic congestion with ease. Carriers can also dedicate portions of the 5G network to different applications, such as self-driving cars, smart city sensors, and other internet-of-things devices, and guarantee they'll have super low latency — something that wasn't possible with 4G. But it's difficult right now to imagine what more 6G could offer when we're not even seeing the promised benefits of 5G yet.

One thing we can be sure of is that soon enough the marketers will be back out pumping the next, next generation of mobile computing that you'll absolutely have to have.