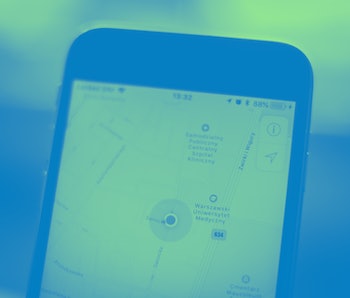 If you haven’t given Apple Maps a chance yet, the company wants you to know that the product is a whole lot better than it used to be. In an announcement today, Apple said redesigned maps with more precise detail are now live across the entire United States, with a rollout in Europe due in the coming months.

Whereas Apple Maps used to look pretty muted and featureless, they now offer comprehensive detail on everything from the three-dimensional shape of buildings to the ponds and walking paths inside a park. More business names are present as well. Real time transit info was added in Miami, which is nice.

Differentiating with privacy — Apple launched its Maps product in 2012 and has been slowly working to catch up to its main rival, Google Maps, ever since. The product was poorly received at the outset because it lacked much of the data and functionality of Google’s product, but Apple has leaned heavily on its privacy-first focus in order to attract users. Apple Maps uses on-device intelligence for its recommendations rather than sending location information to remote servers.

The company has also followed in Google’s footsteps and hit the pavement hard to gather data. During WWDC 2019, Apple's Craig Federighi said that rebuilding Maps required outfitting hundreds of planes and cars with custom sensors and Lidar. That's how it collects all the 3D information and imagery it uses for its Street View equivalent and the Flyover zoom feature. Its mapping cars logged over four million miles in the process, the company said.

Google is still the clear leader in mapping, for now — Especially on a global basis where its turn-by-turn navigation and Street View features are live in many more international cities. The company has faced pushback for the way it collects location data, however, such as through its Timeline tool which maintains a log in the cloud of all the places you’ve been or searched for.

Google argues that collecting location data allows it to offer everyone a better product — without mentioning its value in advertising — but the company has also responded to the scrutiny by offering new privacy-centric features, like an incognito mode that prevents Maps from sending any data to its servers. Apple hopes that as its mapping data improves, users will see no reason to stick with Google Maps.