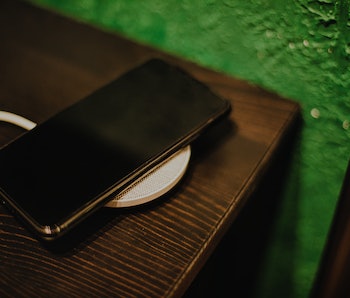 Wireless charging pads have always felt like an idea that's almost there, but not quite ready to replace cables. You can't really use your phone while it's charging wirelessly because it has to be lying on the pad, for one, and pads take up lots of space because as Apple found, making one pad that can charge multiple devices simultaneously is hard. Using a bunch of pads, or carrying them around with you on-the-go, would just be cumbersome. Put simply, cables are much more versatile.

We know you're lazy — Google has included a small update in this week's feature drop for Pixel 4 phones that at least makes wireless charging pads a little bit more user-friendly. As reported by Android Police, the Pixel 4 will now alert you when you've placed your phone on a pad but not aligned it correctly with the coils to get your phone drawing sufficient power. Maybe, for instance, you were going to sleep and half-heartedly placed your phone on the pad without looking closely to see that it was aligned. That's definitely happened to me.

Now when you set your Pixel phone down on a Qi wireless charger and it's not properly aligned, the bottom of the always-on display will read, "Realign phone to charge wirelessly." Android can recognize when a phone is misaligned because it's still able to sip small amounts of power from the coils in the charging pad. Some phones from other device makers already include a weak charging alert.

It would be even better to create an audible alert when the phone is misaligned but this is better than nothing. Many chargers also have LED lights to indicate when a phone is charging properly.

"Charge anywhere" is a marketing gimmick — This new warning could be particularly good for addressing those wireless charging pads that claim to offer "charge anywhere" capabilities. You can't really charge anywhere on the existing pads available today — unless you're okay with a slow charge. The magnetic field created by the coil in a charging pad is not very big, so the best performance comes when your phone is directly over the coil. Apple tried to make a charging pad with multiple coils in it with AirPower to realize this charge anywhere dream, but it's believed the company ultimately shelved the project because of concerns over creating too much heat with overlapping coils.