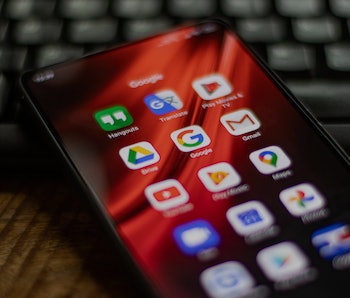 If you’re getting fed up with tinkering in Windows to get your favorite Android apps on a bigger screen, hang in there. Sources for Windows Central journalist Zac Bowden claim Windows 10X may have native Android app support next year. Nothing’s set in stone, but if Microsoft makes good on its promises to reinvest in Windows, 2021 could be a revitalizing year for the system.

Listen to the people — Microsoft knows people want to access Android apps on their computers via the popularity of emulators and other workarounds. After the slow failure of Windows Phone and its respective app store, the opposite of a Quibi, the company is embracing Android.

Its entrance into the folding phone race supports all Android apps, and through a partnership with Samsung, Galaxy phones have had access to a Windows-to-Android bridge called Your Phone. A couple of weeks ago, Your Phone gained the ability to support multiple apps simultaneously, albeit not smoothly.

In clear steps to native Android integration, Microsoft is already working out the kinks. It has a steeper climb toward developing a sleek product than Apple, which recently rounded out its walled garden by allowing macOS to support iPadOS and iOS apps with its new in-house M1 chip-powered devices. By limiting Your Phone to Samsung Galaxy devices, Microsoft gets to learn without needing perfection out of the gate across several phone brands with different versions of Android.

Details on how Android apps would work on Windows — especially with ARM or Google Play Services — are still up in the air. The broad strokes, however, are hopeful.