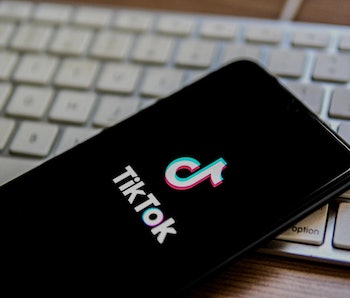 TikTok’s security woes keep coming and they don’t stop coming. Wall Street Journal reports that TikTok’s chief security officer, Roland Cloutier, will be stepping down in September to take on a different role. Cloutier had worked in cybersecurity for more than two decades before accepting the job at TikTok in April 2020.

For the average TikTok user, all of this will likely make little difference; it’s not like U.S. tech companies have a great track record with responsible data use, anyway.

Reshuffle — Back in July 2020 — which was just two years ago but feels like a distant memory — Donald Trump announced from Air Force One that he intended to ban the application. TikTokers posted teary goodbyes and pleas for their followers to connect on different platforms in anticipation of a ban. But it never came. Instead, TikTok agreed to guard its U.S. user data in Texas servers owned by the U.S. company Oracle as part of “Project Texas,” which culminated this year.

On June 17, Albert Calamung, the head of TikTok’s U.S. security and public policy wrote that “100 percent of U.S. user traffic is being routed to Oracle Cloud Infrastructure.”

Not so fast — Hours later, though, a report from BuzzFeed News claimed that TikTok employees in China had “repeatedly” accessed U.S. user data, based on over 80 hours of leaked calls it dubs the “TikTok Tapes.” According to the report, engineers in China had access to U.S. user data between September 2021 and January 2022. Buzzfeed News claims that a member of TikTok’s Trust and Safety department said “everything is seen in China,” in a September 2021 meeting, and that “U.S. employees had to turn to their colleagues in China to determine how U.S. user data was flowing.”

As June went on, U.S. government officials started speaking up about their security concerns. On June 28, FCC Commissioner Brendan Carr posted a letter he’d penned to Apple CEO Tim Cook and Google CEO Sundar Pichai asking for TikTok to be removed from the app store over fears of Chinese surveillance.