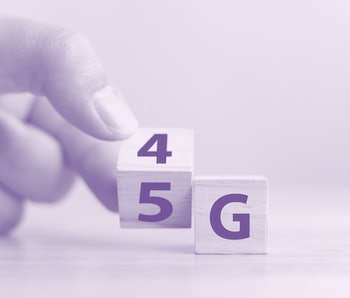 In an interview with The Wall Street Journal, White House economic adviser Larry Kudlow explained the Trump administration's plan to compete against Huawei. According to Kudlow, various American companies, including Microsoft, Dell, and AT&T, were looking into creating 5G alternatives to lower reliance on Huawei's software.

This effort comes after the Trump administration announced that it would blacklist the Chinese company in 2019. Last year, according to Business Insider, Donald Trump said that he was not interested in conducting business with the telecommunications giant over apparent national security concerns. The president stated, "I don't want to do business at all because it is a national security threat and I really believe that the media has covered it a little bit differently than that."

With hostility emanating from the American government and pushback from its Chinese counterpart, tech companies are trying to adapt to the new — and volatile — landscape.

What Kudlow says — "The big-picture concept is to have all of the American 5G architecture and infrastructure done by American firms, principally," Kudlow told The Wall Street Journal. "That also could include Nokia and Ericsson because they have big United States presences."

The White House economic adviser claimed that giants like Dell are already interested in creating alternatives. "Dell and Microsoft are now moving very rapidly to develop software and cloud capabilities that will, in fact, replace a lot of the equipment," he told The Wall Street Journal. "To quote Michael Dell, 'Software is eating the hardware in 5G.'"

Hurdles ahead — Defeating Huawei won't be easy, though. The Chinese company maintains heavy presence around the globe. On top of that, the White House will have to find a way to bring American companies together on board with this plan — otherwise it could backfire.

It looks like Huawei is already aware of the obstacles America will face. Its chief United States security officer, Andy Purdy, told The Wall Street Journal that if American firms want 5G developed by Americans, they should talk to Huawei and license their 5G technology.

If they don't, Purdy warned that "the combined product will be 1-2 years behind the comparable Huawei products in terms of functionality and assurance." Not bad advice.