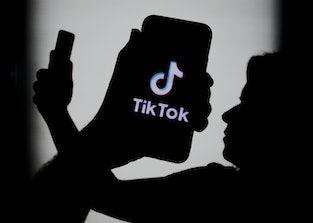 How many hours U.S.-based TikTok users spend in the Android version of the app monthly.

App analytics firm App Annie says that Americans spend more time scrolling through TikTok than watching videos on YouTube. As of June 2021, users on average watch over 24 hours of content per month on TikTok, versus 22 hours and 40 minutes on YouTube.

The statistics only account for Android users in the United States. YouTube is a popular service on desktop and smart TVs where TikTok pushes users to its mobile app. But the numbers still demonstrate the rapid ascent of TikTok, one of the few Chinese-owned apps to find global success. Mobile being the dominant platform today, TikTok is perfectly suited for Gen Z-ers.

Mindless scroll — Anyone who has used TikTok can probably understand why it’s such a time-suck. The app’s videos are short, at a maximum of three minutes but usually less, and TikTok’s algorithm takes in a ton of data from users scrolling their feeds with which it’s able to train its recommendations to make them freakishly good at keeping users watching. Users in turn can expect an experience where all they have to do is continuously scroll, and with every video being so short, if they don’t like something, they can simply scroll on to the next and find something funny or cute they’ll enjoy.

YouTube, on the other hand, is home to videos that are often around ten minutes in length. The platform is more of a destination where users are expected to search and find something to watch, and the length of videos mean that a user may choose something, get a few minutes in, and then become exhausted when they don’t like the video. It’s decision fatigue. You expend mental bandwidth looking at videos and trying to decide whether to invest the time watching one, rather than in the case of TikTok where the app magically serves you a continuous feed of short, entertaining videos.

Competition for attention — Every social network and photo-sharing app is now vying for the attention that TikTok has been able to garner, cloning the app with features like Instagram Reels and YouTube Shorts. They’ve also been throwing money at creators willing to produce original content for their services, in a bid to draw them away from TikTok. Whether these alternatives will succeed is another question entirely — porting doesn’t always work, because users on a platform like YouTube expect videos of a certain format, particularly longer ones they can throw on in the background while they do other things. Companies that tried to copy the popular Story format originated by Snapchat, like Twitter and LinkedIn, eventually abandoned the feature for lack of adoption.

YouTube recently announced it will award $100 million to creators who use Shorts, its take on TikTok. Even if both platforms offer something different — YouTube has long-form tutorials, TikTok does not — one hour someone spends on TikTok is an hour they won’t spend on YouTube, and vice-versa. That’s why we have to put up with all these companies slapping identical features onto their services. At least we can say YouTube is being forced to compete in an area that had gone stale. The company had long encouraged users to make their videos longer to accomodate ads, but it might have to think differently seeing people like shorter videos.