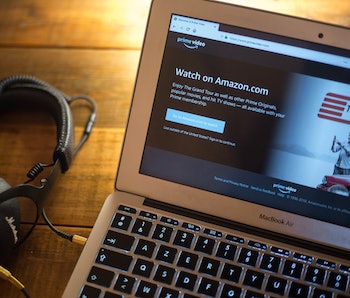 In the Amazon Prime Video app for iOS and the Apple TV, people can now buy or rent titles without leaving the app. Payments go directly to Amazon using the card on file for that customer’s Prime account. Apple is notorious for taking a 30 percent cut of all in-app purchases within its ecosystem, much to the annoyance of the likes of Spotify, but Amazon has found a way out.

The Verge reports the two companies have made a deal using an existing premium program. Since 2018, the program has included Canal+, known for the Taken series as well as critically-acclaimed films like The Pianist and Amélie.

What’s the deal? — Even though Apple’s no longer taking a chunk of Amazon’s income, these two companies mainly rival each other when it comes to deep pockets. There are no public numbers, but Amazon is likely still lining Apple’s coffers. Whether it’s privately providing the 30 percent or its reached a different deal is unclear, but either way, prices have not been inflated, which is good news for consumers.

What about everyone else? — Both of the major app ecosystems, Apple's and Google's, take up to 30 percent from in-app purchases, but some apps or games, like Fortnite, have simply wound up ditching Google.

The power of Apple’s App Store keeps most partnerships in place. Fortnite, for instance, has stayed put, while Spotify has long pointed people to subscribe to its premium offerings directly, rather than through Apple in order to avoid the Apple toll. This latest move will either have companies up in arms or clamoring to make deals of their own.