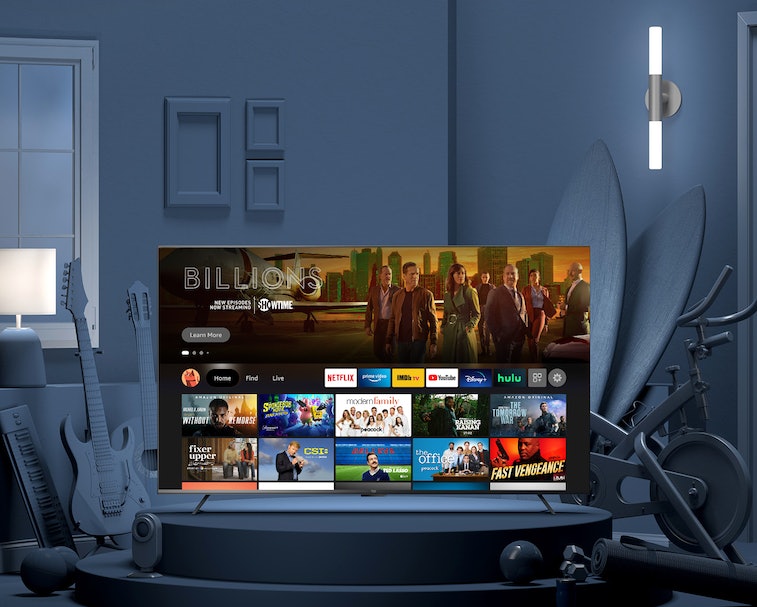 Today is a big day for anyone who’s ever thought to themselves, man, I really wish Amazon had another foothold in my living room. The tech behemoth announced its first-ever line of Amazon-built smart televisions, with an estimated shipping date slated for next month.

Amazon is no stranger to the smart TV game; Fire TV has been around in some form or another for consumers since early 2014. The company has collaborated with other brands to create Fire TV sets since 2016, too (and fairly popular ones, at that). This is the first time Amazon has actually produced its own television, hardware, though.

There will be two lines of Amazon-built televisions to start: the Omni Series and the 4-Series. Both offer 4K viewing experiences, though the Omni offers more high-end features, including far-field mics for Alexa capabilities. Add it to the ever-growing list of ways Amazon can keep an eye on your family any time it wants.

Besides the far-field mics, the Omni televisions also come with a few other smart home connectivity tricks. There’s a picture-in-picture mode for checking on your Ring doorbell cam, for example, and later this year Amazon will be adding some sort of “smart home dashboard” to the Omni as well.

And a budget option — The Fire TV 4-Series is very much like the Omni, just without all the extra bells and whistles like built-in far-field mics (you can invoke Alexa via the included remote). It only comes in 43-inch, 50-inch, and 55-inch models to start, all of which have 4K UHD resolution and HDR10 capabilities. The 43-inch model starts at $370.

Some of the smart features from the Fire TV Omni will work on the Fire TV 4-Series, too, though Amazon hasn’t really made clear which will carry over. Echo speakers will be able to link to both wirelessly, prompting users with a pop-up when one is detected.

Alexa domination — Amazon says it hopes that, by building televisions itself, it will be able to offer a more “seamless” Fire TV experience. As The Verge points out, though, closeups of the ports look… very familiar. It seems likely that Amazon is letting TCL manufacture most of the hardware here, which would make the “Amazon-built” branding something of a misnomer.

Whether Amazon is physically building the sets itself or not, the Fire TV Omni and 4-Series televisions are yet another step toward Amazon’s total domination of your living room. Which is, of course, exactly what the company wants.