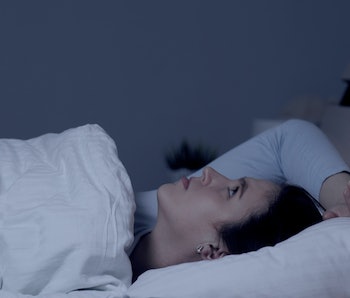 Last Friday, the FCC granted Amazon permission to begin employing a new “Radar Sensor” at the 57-64 GHz band, a greenlight nearly identical to an allowance given to Google back in 2018. According to official documents, Amazon plans to use its sensor tech only while connected to a power source for “capturing motion in a three-dimensional space to enable contactless sleep tracing functionalities.”

“The use of Radar Sensors in sleep tracking could improve awareness and management of sleep hygiene, which in turn could produce significant health benefits for many Americans... Radar Sensors will allow consumers to recognize potential sleep issues,” Amazon wrote in its initial request on June 22. Additionally, the new technology purportedly will aid “persons with disabilities” such as “mobility, speech, or tactile impairments.”

As Business Insider notes, Amazon hasn’t given many details on the technology yet, although the company has revealed that the Radar Sensor will not be employed via a mobile device, implying this will roll out via the already controversial Halo wristband, or an upcoming, currently unannounced product. We’re always up to be proven wrong, but it’s hard to see how Amazon’s forthcoming Radar Sensor will be anything other than yet another invasive, unnecessary expansion of Big Tech into our personal lives and health.

Google already has the exact same technology — From the sound of things, Amazon’s foray into remote sleep analysis sounds pretty much exactly like Google’s Soli Radar sensor already available on Nest Hubs. While that technology appears pretty accurate, and certainly less cumbersome than wearables or smartphone apps, it still is letting Big Tech into one of the most private aspects of your life. Given Amazon’s track record, the company almost certainly won’t respect your privacy any more than Google, so any radar choice is really just going to be splitting hairs at this point.

Reasons not to rely on Amazon’s radar — Lest anyone forget: this is Amazon we’re talking about. You know, the company that wants to share your Wi-Fi with neighbors’ Ring security systems, fire people based on algorithmic decisions, and replace truck drivers with automated software.

While there isn’t any information currently available about exactly when Amazon’s Radar Sensor will make its public debut, the company’s seemingly endless list of questionable ethics and data invasiveness make an incredibly strong case to ignoring whatever Halo sleep health update Bezos and crew tout in the coming months.