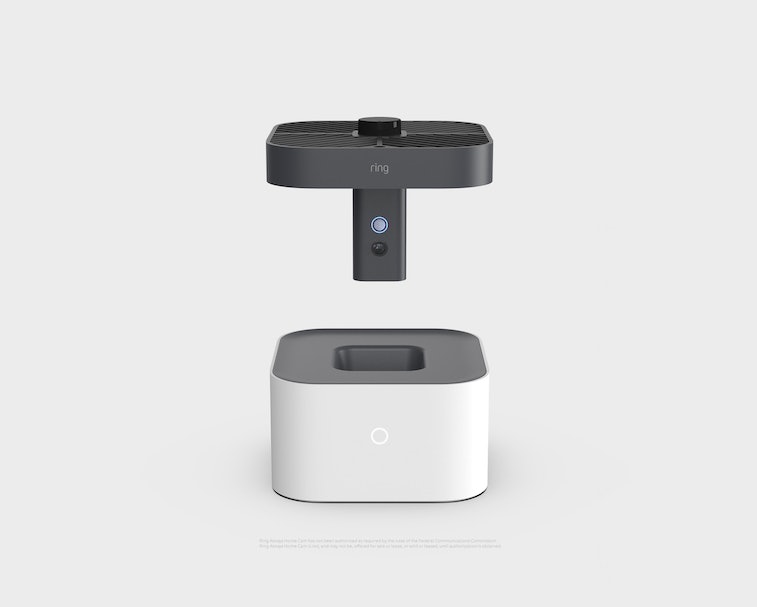 Amazon-owned Ring is producing a new home security camera that can fly around your house and film you. No, we’re not kidding, that’s actually what it’s built to do. And you'll have to pay $249.99 for the privilege.

The Always Home Cam, which Amazon announced today at its virtual hardware show, is an autonomous drone. It rests in a cute white docking system until you’re ready for it to buzz to life and can return there to charge once its job is done.

If you feel the hairs on the back of your neck stand to attention at the thought of an Amazon-powered drone following you around the house, you’re not alone. Amazon knows this and included features to make you feel less weird about it. But we still feel weird about it. And we can't help worrying about the potential for misuse and abuse, not just by Ring, Amazon, hackers, or law enforcement, but by abusive and controlling partners intent on tracking other people's every move in the one place they ought to feel safe: their own homes.

Check on every crevice — The idea behind the Always Home Cam is simple: watch every inch of your home with just a single camera. Check on your house no matter where you are without spending thousands on a full security system or multiple (hopefully Ring) IP cameras.

The Always Home Cam is fully autonomous. You can teach it the layout of your house and let it do its own thing if you want, or you can take control and fly it to a specific area of your house. Can’t remember whether or not you turned the burner off before you left? Fly your Always Home Cam to the kitchen and check if anything’s burned down.

Of course, the drone can also be connected to devices like the Ring Alarm so it can trigger it if it detects a disturbance. Amazon expects the Always Home Cam to fulfill the purpose of a guard dog, too. Like a guard dog, we suspect it'll also prove very annoying to cats.

Haha, no thanks — Amazon is fully aware of how reluctant many might feel in allowing an autonomous camera to float around the house. Ring says it’s made the device purposefully loud when flying so it can’t sneak up on you, though, and it can only record while in-flight. The charging dock blocks the camera when the drone is in it.

Still, though, the idea of purchasing a camera that can fly around and surveil our abodes gives us the creeps, and it coming from Amazon only worsens matters. The feeling is only compounded by Ring’s history of less-than-stellar user privacy — the company’s devices have been hacked on more than one occasion, its users’ passwords have been leaked on the dark web, and we’ve seen some damning reports about third-party tracking abilities through the devices, too. The privacy negligence reached such a level last year that the federal government sued Ring over it.

The Always Home Cam will be available sometime next year. Just don’t expect Amazon or Ring to claim any culpability when it inevitably flies into your dog or someone’s eye. Or if videos of you dancing in the shower leak on Twitter. You doubtless sign away any rights to recourse when you accept the Ts&Cs.