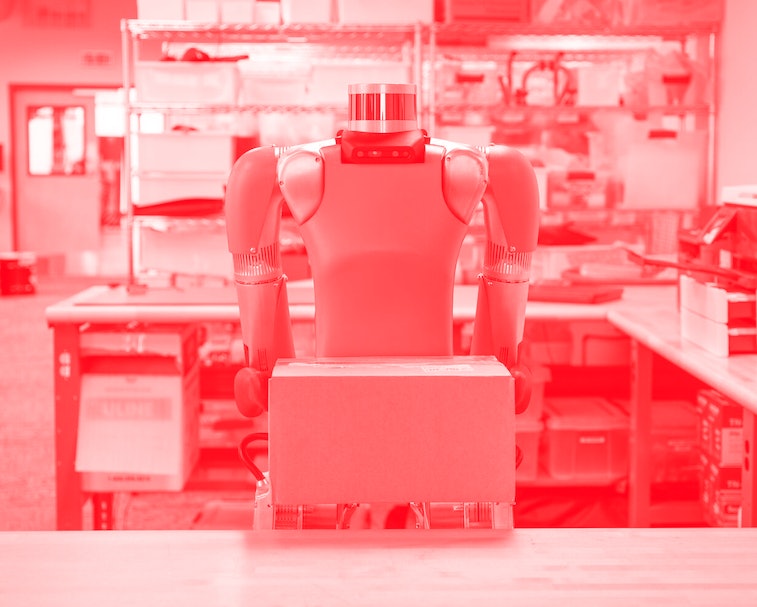 Two uncanny humanoid robots, united in their quest to further automate labor and strip actual employees of economic leverage but divided by rival oligarchic houses. Neither creepy bipedal monstrosity’s fathers approve of their union, but secretly, secretly, they dream their android dreams of one day meeting and consummating their love in some darkened Amazon warehouse or Tesla Gigafactory...

It’s the perfect Dystopia 2021 romance, and it’s inching closer to fruition after Amazon announced a major investment in Agility Robotics, one of the latest purveyors of vaguely human-like beasts of burden meant to increase productivity and ease labor shortages brought on by us ungrateful folks not wanting to get paid minimum wage in exchange for workplace injuries.

Digit + Optimus 4eva — The spooky-ass robot you see in the video above is Agility Robotics’ flagship offering, Digit, which obviously recalls similar bots such as Boston Dynamics’ Atlas. Digit is being designed to do all the things one might expect of a manual laboring robot — transporting products and materials of various weights between locations, loading and unloading items. AR’s website also promises (threatens?) customers with “Last Mile Delivery” capabilities in the near future, something that appears to imply Digit will walk straight up to people’s homes, drop off packages, and/or terrify their pets. Wonderful.

It’s not surprising in the least to see Amazon investing millions into automated labor technology like AR’s Digit. Despite all the viral clips of similar robots doing TikTok dances and jumping rope, these designs have serious, widespread implications for global labor forces. Both Amazon and Tesla are gunning to see bots like Digit and Optimus in their own factories as soon as possible, and they’re willing to dump loads of cash into the sector to make it happen.

Sidestepping those pesky humans — It’s also immensely clear that Amazon would rather deal with unthinking automatons instead of, say, humans demanding a minimum of respect. With the first Amazon warehouse achieving its historic union victory earlier this month, it’s easy to see how work-bots like Digit will solve many of Bezos’ perceived headaches.