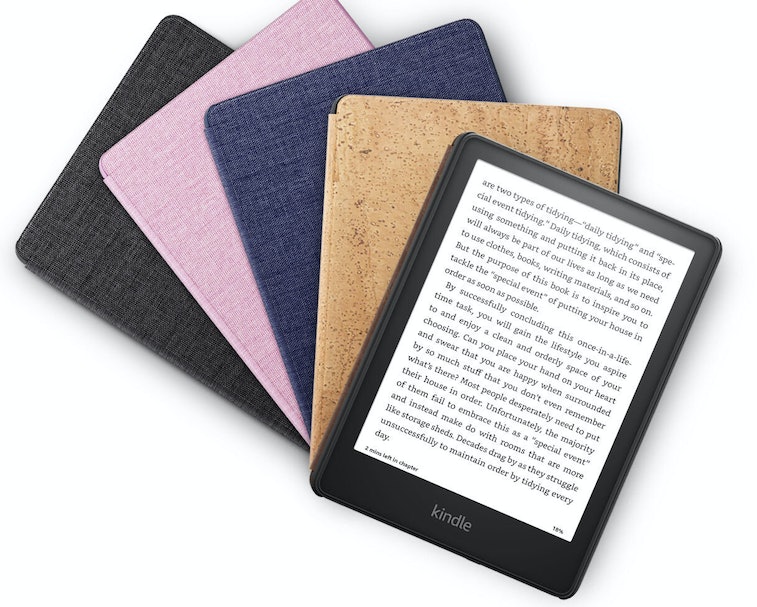 Amazon is officially releasing three new Kindle Paperwhite models, the line’s first upgrade in three years. The new Paperwhite and Paperwhite Signature Edition would come as a surprise, given how long it’s been since Amazon updated the line, but Amazon actually spoiled it yesterday by uploading details of the new devices early. Womp.

Not that the newly announced Kindles are exactly exciting, surprise announcement or not. From afar, at least, the latest Kindles look almost identical to their predecessors. The new base Paperwhite includes a 6.8” touch screen, a 17-LED front light array, and longer battery life. It retails at $139.99 with ads or $159.99 without.

That being said, there are a few quality-of-life upgrades to be found in the new Kindles. The most-upgraded of the bunch is the Paperwhite Signature Edition, which includes 32GB of storage, an auto-adjusting front light, and wireless charging. The new standard Paperwhite has a larger display (by nearly an inch) and a much more nuanced front light array. It retails for $189.99.

Amazon also announced a Kindle Paperwhite Kids today — essentially the same new Paperwhite but with a special cover and an included subscription to Amazon Kids+. It retails for $159.99.

Some general updates — The new Kindles aren’t a significant upgrade to Amazon’s e-reader lineup so much as they are incremental updates that bring the Paperwhite into 2021. Both the base Paperwhite and the Paperwhite Signature have a 6.8-inch, 300 ppi screen, now, and both are rated for “10 weeks” of battery life. Both have an array of 17 LEDs to light up the screen — up from just five in 2018’s Paperwhite. Charging for both has been improved by introducing a USB-C port.

The Signature Edition comes with a few extra features to support the $189.99 price ($30 more than the standard edition). The internal storage has been bumped up to 32GB — four times what’s available in the base model. It also supports Qi wireless chargers, though it won’t come packaged with one. The Signature’s 17-light array can also automatically shift from warm to cool light based on your environment.

Is it worth the upgrade? — The thing about Kindles is that, for the most part, they don’t really change. Amazon introduced the Kindle touchscreen back in 2011 and ever since it’s been the e-reader standard, give or take some resolution. The new Paperwhite continues that trend.

If you already have a Paperwhite, buying the new version won’t feel like much of an upgrade. It’s essentially the same device. The Signature Edition will feel like more of a bump-up. And for those stuck in Amazon’s e-book chokehold, buying a fresh Paperwhite — whether or not it’s really an upgrade — might be tempting.

Also pertinent to this question is whether or not current owners use the Kindle’s cellular data capabilities. Neither new Kindle will support browsing and downloading ebooks without a Wi-Fi or internet connection. Not that the Kindle’s 3G networks will be around for much longer, anyway.

All three new Kindles are available for pre-order now. They’ll ship on October 27.