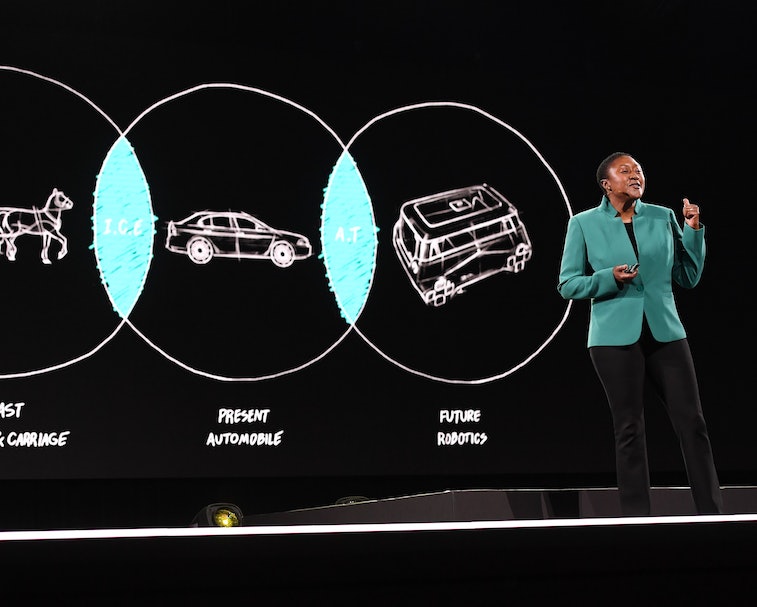 Amazon has announced that it's acquiring self-driving car startup Zoox. The value of the deal hasn't been disclosed, though it's previously been reported that Amazon would pay "more than $1 billion" for the company. Zoox has raised about a billion dollars in its lifetime, so the ballpark figure makes sense, though the dire state of the world and self-driving initiatives also mean Amazon may well have negotiated a sizeable discount.

Zoox will continue to work on vehicles designed for ride-hailing, according to a press release, though it's not a huge leap of imagination to see Amazon someday use self-driving technology to replace the drivers in its fast-growing delivery network. Amazon is already experimenting with drones that would deliver packages by air, and the company is constantly searching for ways to cut costs throughout its logistics network. It previously invested in autonomous trucking startup Aurora Innovation.

Of course, Amazon could also use Zoox vehicles for moving passengers. Uber, Waymo and other companies have all been working on self-driving cars, but have realized it's an expensive game with legislative hurdles aplenty that requires patience and a long-view to commit to. As Amazon proved with its web services business, it loves a new growth opportunity and isn't afraid of capital outlay and patience if it means eventual dominance.

Go big or go home — If any company has deep pockets and fortitude to bankroll the development process for a technology that's proving harder than expected to perfect, it's Amazon. Zoox could give it a leg up. Also, the company had been struggling in recent months as the coronavirus pandemic forced it to pause real-world testing and lay off all of its safety drivers. Raising more money for an unproven business amid a financial recession was likely difficult, too. Other startups have also partnered with big players to stay afloat, like Cruise, which sold a majority stake to GM. Uber's self-driving car unit, meanwhile, has raised more than $1 billion from Toyota and others in automotive.

The Zoox difference — Zoox's cars are custom, "bi-directional" vehicles that have no steering wheel, whereas competitors like Google's Waymo and Uber are retrofitting self-driving technology onto existing traditional cars. Zoox believes that autonomous cars won't be allowed onto the streets until they're good enough that a human never has to intervene and take control, so that's the world it's developing its vehicles for.

Driver assistance technology like Tesla's Autopilot has proven fatal in the past because drivers turn it on and fail to take over the wheel quickly enough when the software fails to detect a problem on the road. Uber had to pause its self-driving tests in Phoenix in 2018 after one of its cars ran into a pedestrian crossing the street while the safety-driver was watching a video on their phone.

Next day promise — Amazon has been intensely focused on building out its own delivery network in recent years to rival UPS and FedEx. The company's promise of next-day delivery has required the company to expand its network of warehouses and even buy its own planes and delivery vehicles so that it's less reliant on third-party delivery services, which have failed in the past to meet Amazon's expectations — and those of its customers — for speedy delivery. Building out its own network of self-driving delivery cars could also further cement the company's dominance in e-commerce where other companies can't afford to make the same capital investments.

Amazon will likely need to plow billions more into Zoox in order to make that a reality, though that's chump change for the company, and utterly worth the gamble if it pays off... and the company manages to evade regulators breaking it up.