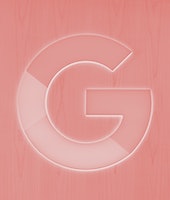 As of this writing, Alphabet, the parent company of Google, has a market capitalization sitting at over $1 trillion. Only three other companies trading on U.S. stock markets have ever been worth that much.

Alphabet shares cost $1,451.70 when trading ended today at 4 p.m. ET. The other companies to hit a $1 trillion market cap are, of course, technology companies: Apple, Microsoft, and Amazon. Apple was the first to achieve the feat back in 2018. That being said, a recent stock market listing in Saudi Arabia has them all beat, with Saudio Aramco, the world’s biggest oil company, reaching a $2 trillion market cap on its second day of trading.

Profits heal all wounds — Despite regulatory scrutiny and scandals involving internal misconduct allegations, Alphabet continues to kill it in the public markets. Google's advertising business basically prints money and the company has pared back some experimental projects while commercializing others so they can begin to generate revenue. Its cloud storage business is also becoming a viable third alternative to Amazon AWS and Microsoft Azure.

At the end of the day, that’s really all investors care about.