“The EARN IT Act is truly one of the worst pieces of Internet legislation I have seen in my entire career, and ... that's saying a lot.”

Evan Greer, director of Fight for the Future 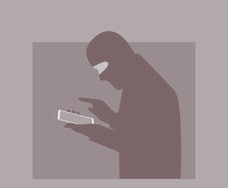 The EARN IT Act, which seeks to seriously alter Section 230 of the Internet Communications Decency Act, has been reintroduced by Sen. Lindsey Graham (R-SC) and Sen. Richard Blumenthal (D-CT). The original version of the bill, which was brought to the Senate in March 2020, was widely criticized by activists for the explicit backdoor power it gave to governments. Critics warn that passage of the bill could destroy the idea of end-to-end encryption as we know it.

Now a revised version of EARN IT (Eliminating Abusive and Rampant Neglect of Interactive Technologies) is ready to make its debut, and activists are ringing the alarm once again.

“This bill will make children less safe, not more safe,” Fight for the Future director Evan Greer said in a statement. “And in the process, it will trample human rights and online free expression, particularly for trans and queer folks.”

Section 230 reform has been a constant topic of conversation in Congress essentially since its first ratification in 1996 — but little to nothing has actually come out of those conversations. When change has been enacted, it hasn’t exactly been done without harm.

Power in the name of reform — Like Section 230 itself, the EARN IT Act is actually relatively simple in its scope, or at least the version introduced two years ago is; the text of the revised bill has yet to be published.

The bill aimed to create a 19-member panel called the National Commission On Online Child Sexual Exploitation Prevention, for developing guidance on how ISPs can help block child sexual abuse material (CSAM) on sites they host. The Secretary of Homeland Security, the Chairman of the FCC, and the U.S. Attorney General would be joined by 16 House and Senate lawmakers on the Commission.

EARN IT would also make a new exception for the types of content service providers cannot be sued for. While ISPs and internet companies generally cannot be held liable for content posted to their websites by others, CSAM would no longer fall into that category of protected content.

As part of this law, tech companies would be required to create special backdoor access for end-to-end encrypted services. The first time EARN IT went around, prominent software companies took huge issue with the very idea of such a backdoor. Signal even threatened to leave the U.S. if the bill passed.

Targeting the most at-risk — The new version of EARN IT will likely include significant revision, but Sen. Blumenthal says its aim is the same: to limit CSAM on the internet, no matter the cost. But activists are raising concerns once again that the human cost of this bill is just too high.

Activists’ worries stem from 2018’s SESTA/FOSTA, which was the first major amendment to Section 230. SESTA/FOSTA was meant to limit sex trafficking on the internet, but its consequences have reached much, much further, deplatforming online sex workers and disproportionately affecting LGBTQ communities.

The end-to-end encryption backdoor clause is particularly troubling. Encryption services are necessary for conducting safe, private communications and activities on the internet; providing the government with a secret key to use whenever it pleases opens up room for incredible abuses of power. What’s even the point of strong encryption if some people can get around it whenever they want?

You can read Fight for the Future’s letter against the first EARN IT Act here.