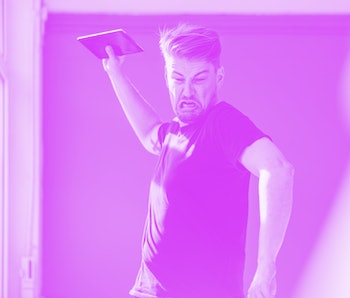 John Bumstead, who has managed to create somewhat of a refreshing reputation for fixing increasingly impossible hardware, recently tweeted about tons of iPads going to waste. On Monday, he lamented, "These fully working iPads should be going to families in need, but they will be scrapped instead because they are Activation Locked and @Apple won't help." The laptop refurbisher slapped on the hashtags #righttorepair and WWDC 2020.

This is nothing particularly new or shocking for anyone who has kept an eye on Apple's notorious and (frankly) discouraging record of hardware repairs. With gadgets becoming ever more difficult to fix, expensive replacements become inevitable as do public frustration and complaints. Input has reached out to Apple for a comment and will update accordingly.

There's no need for this — On Twitter, Bumstead noted that Apple could easily fix this issue without causing any security issues. "People believe locked devices are stolen, but the truth is the vast majority become locked when institutions discard them without disconnecting their accounts," Bumstead explained. "Everyone in the recycling industry knows that you can expect half of all used iPads and iPhones to be bricked."

"Apple could employ any number of methods to verify legal ownership and unlock devices," Bumstead added, "but they don’t."

We've been here before, unfortunately — In April, as Input reported, Bumstead highlighted yet another repair issue with Apple. This time, it was concerned with MacBook repairs. Instead of being able to fix these expensive laptops, people have been forced to buy completely new ones.

Naturally, this issue has elicited its fair share of legal complaints throughout the world. In fact, it's sparked a right-to-repair movement which essentially argues that consumers should have the right to transparency and repairs around their electronic gadgets (plus, it would radically cut down on digital waste). And it's not just Apple that is getting away with this; companies like Samsung, Philips, Dyson, and others have been called out, too.

There's no knowing whether advocates behind the right to repair movement will see broad success in the tech industry. But with the right kind of pressure, there's a possibility that lawmakers will hear the complaints and think, "This seriously has to change." For what it's worth, we're beginning to see some interest on Capitol Hill.