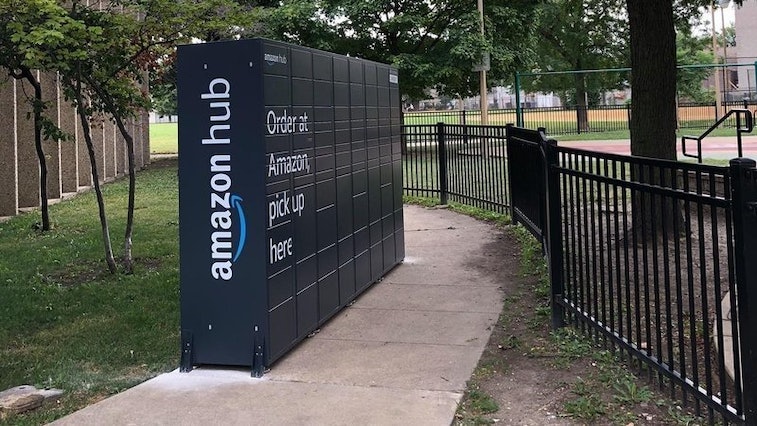 Amazon has removed two of its Hub lockers from Chicago parks following complaints that they were blocking access to the sidewalk.

The lockers serve a convenient place for customers to retrieve packages that’s safe from porch theft. But the Hub lockers are usually found in retail locations, like 7-Eleven. Their placement directly on the sidewalks in a public park was almost too comical to be real — but it was very real, and the Chicago Parks District has now removed them following outcry.

Rossana Rodriguez, an elected councilwoman in Chicago, shared pictures to Twitter that show just how absurd the placement of the lockers was. You can see that they’re parked directly on the sidewalk, and even though you can technically walk past them, they will completely obstruct the sidewalk if someone opens one to retrieve a package. You could walk around, of course, but that doesn’t really work for someone in a wheelchair.

Awkward — A online petition to remove the lockers garnered more than 3,500 signatures, and Amazon has confirmed that, following their removal, the company will more carefully evaluate the placement of its lockers.

How they ever got there in the first place is another question entirely. The Verge was told in a statement by the Chicago Parks District that it had reviewed all of Amazon’s location choices beforehand, but clearly it didn’t consider accessibility to be a concern. And even accessibility aside, the placement just looks so bizarre. Even if you’re going to put them in a park, surely there could’ve been a better location? For something meant for storage pickup, placing it in an under-lit, uncovered area seems like the perfect recipe for getting mugged. Or having your goods rained on. There are just so many practical questions before we even consider ethics.

Sanctity of the public square — The Chicago Parks District’s response also still leaves us wondering why the city allowed private lockers into a public park in the first place. Public spaces are sacred because they’re the few places where residents can congregate without spending any money, or feeling alienated if they don’t have any. They don’t discriminate. The Amazon lockers, then, feel like an intrusion on the sanctity of the public institution.

One theory raised is that the Chicago Parks District is underfunded, and signed a deal with Amazon as a means to bring in revenue. Lack of funding is a whole other issue entirely, but Amazon has plenty of money and should just pay for more storefronts like everyone else, not intrude on public green spaces.