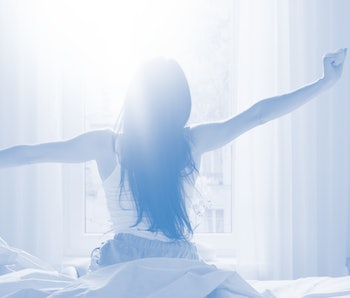 On Tuesday, the association formerly known as Libra rebranded as Diem. In an effort to assert the organization’s independence from Facebook as it prepares to launch, Diem wants to try to retcon Facebook's involvement in the company. After a major reshuffle in the executive suite, the association hopes to move forward with its plans, pending regulatory approval.

Hello, my name is — It could genuinely be easy to forget Facebook’s push into blockchain currency in the hellish 2020 news cycle, especially if you don’t know what it’s called. Regulatory hurdles and a lack of transparency pushed initial backers away, eventually leading Facebook to pump the brakes. Earlier this year, the company refocused on its digital wallet Calibra before rebranding it as Novi.

Novi was expected to work with Libra and the name change does not appear to have affected that. Diem’s currency will be referred to as Diem Dollars, per Bloomberg, and Novi will support Diem coins. Libra evoked the balance of scales, but Facebook’s ambitions didn’t inspire confidence in its stability. Now, literally promising the world a new day, Diem doesn’t seem to realize it’s creating “day dollars,” not a reassuring name as we generally like currency to work all the time.

Facebook knows there’s blood in the water, but it’s still trying to give its baby a bath.

A new day is coming — Semantics aside, Diem is coming, whether we like it or not. It will adhere to “Western” regulatory standards and sanctions, but it’s not holding its breath for U.S. backing. Instead, its sights are set on a Swiss license because Switzerland is historically known for its financial integrity and transparency.

A Facebook venture by any other name is still tied to the company’s past intentional and inadvertent wrongdoings. With a Biden administration looming, Facebook is scrambling to rehabilitate its image, but it may very well end up being a much smaller operation anyway. It knows there’s blood in the water, but it’s still trying to give its baby a bath. Oculus and Facebook Gaming continue to impress, but are still smaller parts of the company with limited reach. As eyes turn towards regulating social media, Diem is the future and Facebook’s best bet for survival.