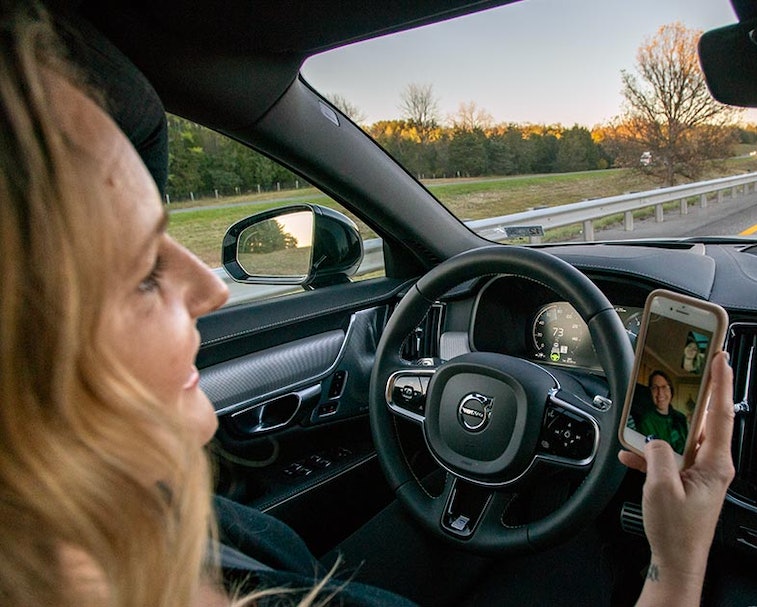 Drivers with even the lowest level of automation disengage from their responsibilities on the road, according to new research by Insurance Institute for Highway Safety (IIHS). The study observed 20 people operating vehicles with Level 1 or Level 2 automation features over the course of a month. As subjects became more comfortable with the automation features, they started to become more distracted. Since all automated vehicles require an alert driver, misconceptions about the technology’s limitations will have to be corrected or the number of road accidents is going to grow as the technology becomes more commonplace.

Driven to distraction — The study, created in conjunction with Massachusetts Institute of Technology’s AgeLab, used Land Rover's Range Rover Evoques and Volvo's S90s for the study. The Evoques were equipped with adaptive cruise control (ACC), Level 1 automation, and the S90s added Volvo’s lane-centering Pilot Assist system to their ACC for a Level 2 classification.

These levels are based on the international SAE standard for automation where Level 0 is a vehicle with no features while Levels 4 and 5 are fully autonomous, with driver intervention being optional at Level 4 and above. Despite the videos you might have seen of people napping in their speeding Teslas, even Elon Musk’s cars fall short of an official Level 4 classification. Every commercially available vehicle featuring automation also requires an attentive driver.

In the study, the two groups were distracted pretty evenly at first. As the participants became more comfortable, those in the more-autonomous S90s began taking their hands off the wheel more often than those in Evoques.

“Drivers were more than twice as likely to show signs of disengagement after a month of using Pilot Assist compared with the beginning of the study,” IIHS Senior Research Scientist Ian Reagan said in a statement. “Compared with driving manually, they were more than 12 times as likely to take both hands off the wheel after they’d gotten used to how the lane centering worked.”

Eyes on the road, please — Most people have their vehicle for at least several years before getting a new or newer model. As more people make the leap into increasingly affordable vehicles with some level of automation, a new kind of training may be necessary. According to Reagan, driver disengagement is often a major component in fatal crashes involving vehicles with automation features.

If your car is doing a bit more heavy lifting than you’re used to, it’s easy to slip into the mentality that you have little to do behind the wheel. The road, however, is full of surprises, and we’re nowhere near a place where we can unequivocally trust the technology to keep us — and our passengers — out of harm's way. For now, that part is still up to us.