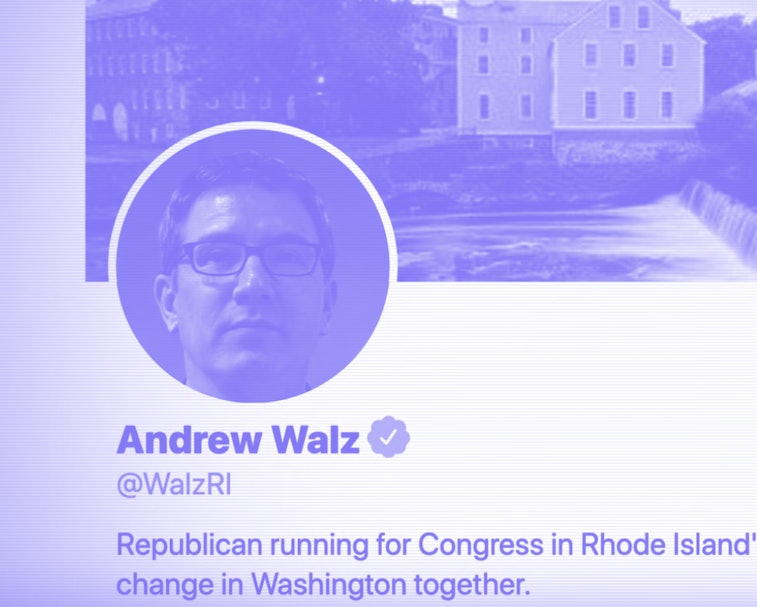 Andrew Walz seemed to be a Republican running for Congress in Rhode Island. Walz even received a coveted, blue verification checkmark on Twitter authenticating his account. Too bad he’s not even a real person.

A high school student from upstate New York spoke with CNN about how he created Andrew Walz and within weeks grabbed the attention of Twitter’s verification team. As Twitter tries to combat misinformation and other candidates struggle to be verified, how does 30 minutes of work grant a teenager a platform?

How it was done — Creating a believable candidate for office includes about four overall steps:

The 17-year-old told CNN this process took no time at all, and within weeks, Twitter reached out to him to verify Andrew Walz. “If I could do this as a high schooler, imagine what a highly trained team of people doing this could do."

"Unfortunately, an individual found loopholes in our process by submitting a fake candidate and a fake account for verification," a Twitter spokesperson told CNET. "The creation of a fake candidate account is in violation of our rules and the account has been permanently suspended."

What about real candidates? — CNN reached out to Jannquell Peters who is running for Congress in Georgia without a verified Twitter account. Peters also has a Ballotpedia page and has even tried to reach out to Twitter to be verified. Twitter claims that her website linking out to her campaign team account instead of her own created a delay in her approval.

Small hiccups like this prevent candidates from seeming legitimate to potential voters and donors, hindering their campaign. The account now has a blue check, but this entire debacle sheds a concerning light on what is supposed to be a rigorous process.