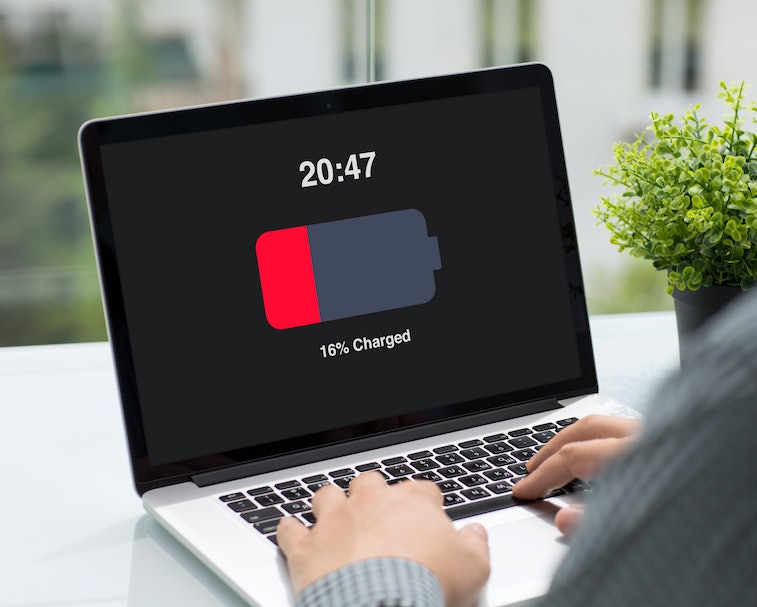 Google is addressing complaints about Chrome's drain on laptop battery life with a new feature in early development. In Chrome version 86, a setting can be enabled throttling how often websites you have opened in the background can ping your browser for updates.

The feature is still an experiment, and Google may not necessarily release it to users, but in tests putting rate limits on JavaScript code running in the background was found to improve battery life by as much as two hours.

The Chrome team explains that many websites implement timers to periodically trigger events, like regularly checking whether or not advertisements are visible on your screen. Websites want to know when an advertisement is visible on the page so they can tell advertisers how often their campaigns have been viewed. Some websites check really weird things, though. Best Buy, for instance, looks every 50 milliseconds to see if a checkout icon is visible. Doing all of this requires using JavaScript to constantly "call" your browser, and that hits your battery.

If you're not even looking at the page though, how valuable is that data really? Google is in the data business and needs your browsing data for its advertising apparatus, but not worthless data. So it loses little by targeting backgrounded pages. More importantly, though, users gain battery life, and that could keep them using Chrome, instead of defecting to rivals like Microsoft Edge and Apple's Safari.

Small change, big gains – Right now, Chrome limits websites in the background of your browser – meaning a webpage that you've tabbed away from – to pinging your browser once every second. With the change, websites in the background would only be able to check once per minute. When it ran the new feature on a high-end MacBook Pro with 36 tabs open, average battery life shot from 6.4 hours up to 8.2 hours, a big increase.

"At the median, throttling Javascript timers aggressively extends the battery life by almost 2 hours (28%) for a user with many background tabs, when the foreground tab is [blank]," the Chrome team says. It's a relatively minor change that likely won't impact user experience except for increasing battery life.

Google and the open web – Google has been working for years to help the open web perform as quickly as native applications. It famously began blocking Flash web apps in Chrome several years ago and often makes changes in Google search to demote websites that load slowly or display annoying pop-ups. The company's own Chrome developers frequently contribute to advancing open source web standards.

The company has been criticized for the same moves, however, with some saying that Google controls the web to its own benefit, because a good web experience means you'll use the web more and therefore provide it with more data. Google sells advertisements across the web and is conveniently always the first advertising provider to implement its own new rules on how ads can be displayed on websites without being punished in search.

It's hard to argue with this suggested change to incessant JavaScript monitoring, however, especially considering the public's increasing wariness of tracking. Also for what it's worth, it's competing against the increasingly privacy-centric Safari, which by the way, also has a one-minute throttle on JavaScript wakeups and uses half the RAM that Chrome does to achieve the same performance.