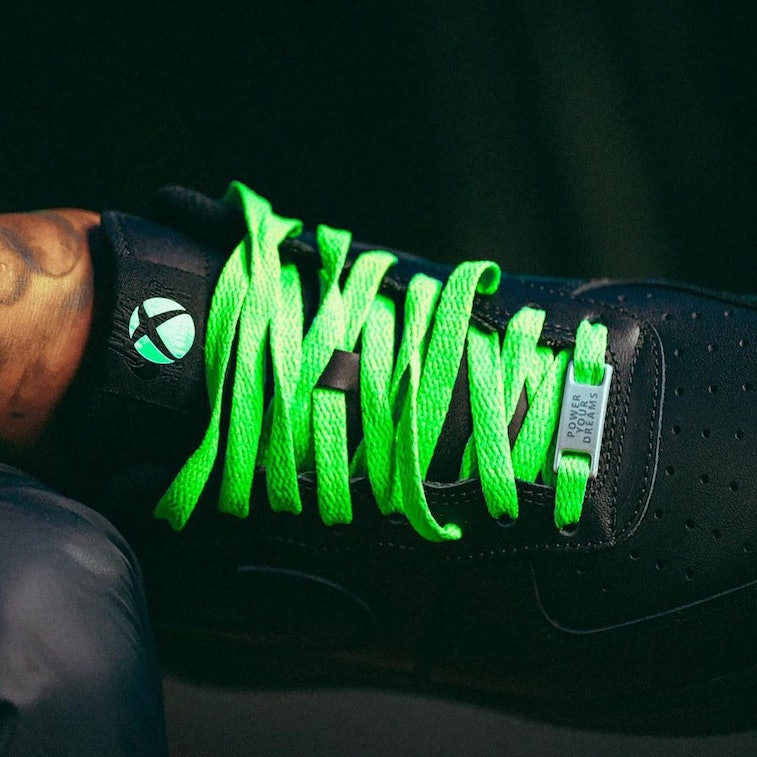 Nike has long shown itself as Team PlayStation, but that isn't stopping Xbox from giving away an Air Force 1 bearing its logo and signature shade of green.

Xbox has partnered with Odell Beckham Jr. to giveaway a custom pair of AF1s and a controller as part of the company's "Power Your Dreams" initiative. OBJ was invited to create his "Dream Kit," and he apparently took the concept quite literally by taking inspiration from a dream he had after playing Xbox. In it, the Cleveland Browns receiver supposedly controlled "big, shimmering stars in outer space" — resulting in one of the controllers being speckled with stars.

No one wants to hear about somebody else's dreams, but who doesn't love free shit?

More on the AF1s – The murdered-out Air Force 1 Lows come with neon green laces and Xbox logos embroidered onto the foxing and tongue, bringing to mind the OG console. On the metal lace dubraes is the phrase "Power Your Dreams" — because you can't not include Xbox's shiny new slogan.

Xbox says the custom sneakers were made in collaboration with OBJ and his sponsor Nike, the latter of which may come as a surprise considering its history with PlayStation. Nike first made a patent leather PlayStation Air Force 1 in 2006 that was limited to just 150 pairs given to Sony employees. The sneaker became more widely available three years later, and those pairs now sell for more than $4,000 a pop.

Nike and PlayStation collabs have since become less venerable, including a more plain AF1 released in 2018 and several variants of Paul George's signature line. The hype returned, however, with the limited release of Travis Scott's PlayStation Dunk Low last month, which only saw five pairs given out via raffle. Two of them have sold through StockX, going for $5,000 and $9,000 each.

How to win — Xbox will give away the Air Force 1s and two controllers, the other of which bears doodles including OBJ's personal logo, through a contest on Twitter. Xbox has yet to announce the exact details of when and how the custom goods will be given away, so you'll want to keep it locked on the account for updates.