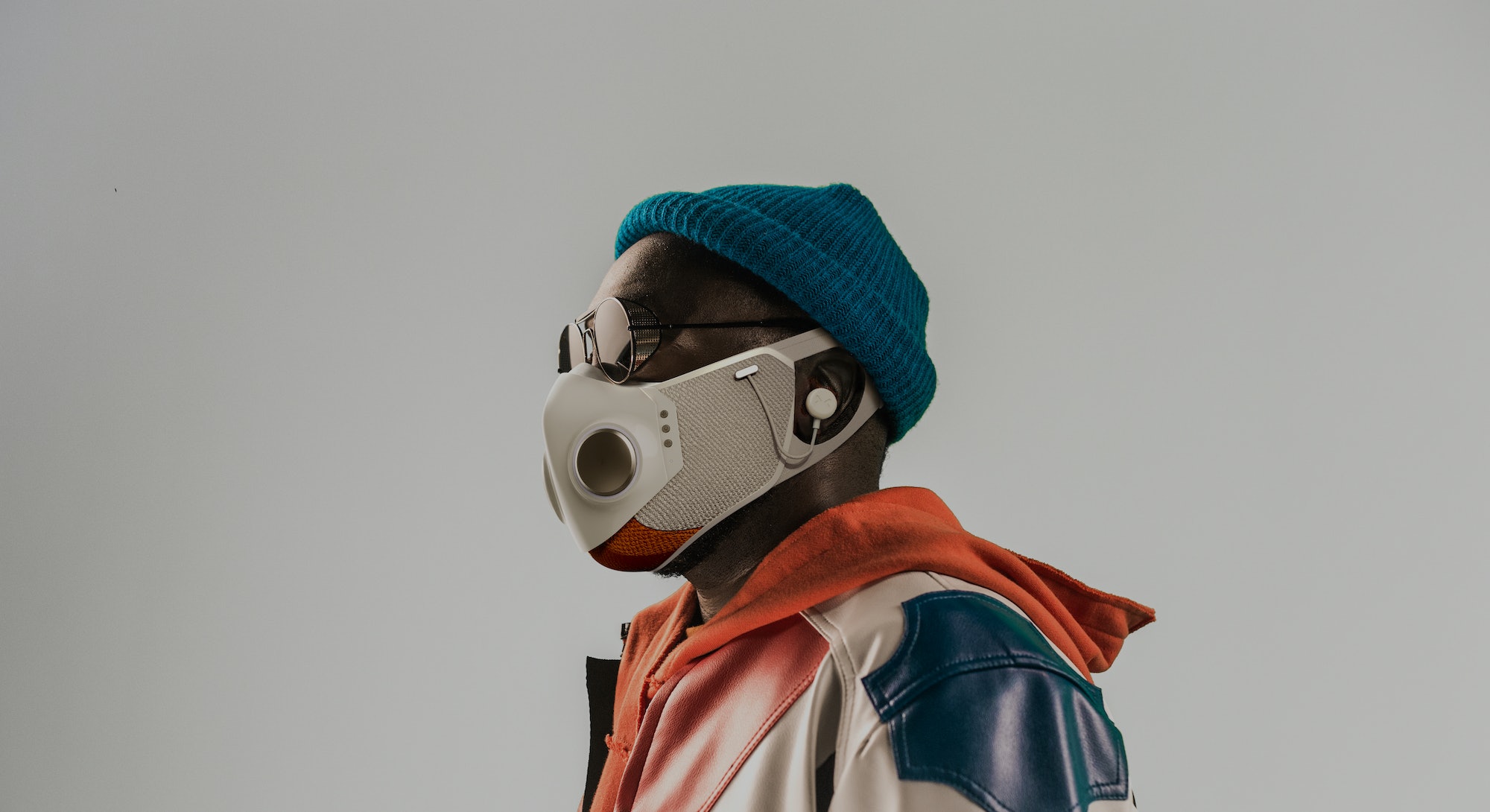 Smartwatches. Camera cases. Headphones. Connected cuffs. The tech industry has witnessed its fair share of inventions from will.i.am, the Black Eyed Peas singer who’s never been afraid to share his deep affinity for the world of consumer electronics.

And now he’s back with another wild gadget — though this one might be his most aptly timed yet. Dubbed “Xupermask,” it combines personal protective equipment (PPE) elements with high-tech audio to create a device that, according to will.i.am, has been designed to “embrace the new normal” society faces after the COVID-19 pandemic. To bring the product to life, the musician and entrepreneur partnered with Honeywell, which developed the Xupermask’s most intriguing feature: a built-in, battery-powered air filtration system.

Inside the mask, there’s dual active ventilation that delivers and adjusts clean airflow as you go about your day, thanks to an intake and exhaust air filtration that comes with replaceable H12 HEPA filters. While those aren’t as highly rated as HEPA H13 or HEPA H14 filters, which are considered medical-grade and can trap 99.95 percent of microparticles in the air, the HEPA 12 still offers significant protection with an efficacy rate of 85-99.5 percent. In other words, if you had to pick between the Xupermask and a regular cloth mask, you’d be better off with the former — plus you’re going to look straight out of a sci-fi film.

Speaking of which, aside from the Honeywell air filtration, will.i.am teamed up with Mexican-American costume designer Jose Fernandez on Xupermask’s aesthetic. Fernandez has worked on masks, garments, and helmets for movies such as Batman, Spiderman, Wonder Woman, X-Men, Thor, Black Panther, and Tron, as well as pop culture projects with artists including the now-broken up Daft Punk. So when you see details like the LED glow lights on the Xupermask, it’s no coincidence the device is supposed to make you look futuristic and like you’re the main character in a dystopian narrative.

Together with Fernandez, will.i.am says Xupermask will be focused on designing products “for the true superheroes of today” — and this mask is just the beginning of that journey. As a company, will.i.am is Xupermask’s founder and chairman, while Fernandez will take on the role of chief creative officer and will be in charge of “blending innovative textile engineering, filtered ventilation, and audio design, for seamless, new-world-ready mask experiences.”

In an interview with Input, will.i.am said he was also heavily inspired by “drop” and “hype culture,” noting that he wants people to think of masks the same way they do sneakers whenever they’re buying or wearing them. “People forgot that shoes are PPE,” he said. “In this pandemic, we forgot that shoes are a type of PPE. But you don’t have to force anybody or remind people to wear shoes. It’s not even a question. If you go into a restaurant with no shoes on, they’re gonna be like ‘yo, you gotta have shoes on, bro.’”

Will.i.am added that, during the development of Xupermask, he would often see people lined up outside stores waiting to get a pair of sneakers, and he saw our current reality as an opportunity for masks to have that type of cool factor. “Half of them are wearing masks, but all of them are wearing shoes,” will.i.am said he told his team, before eventually landing on the idea to adopt a hyped launch model that could fill a product gap he believes is clearly there. “We need to pick those sensibilities and we should do a ‘drop’ when we launch,” he said he thought to himself at the time.

Not surprisingly, will.i.am has high hopes for the Xupermask and its appeal for both niche and mainstream audiences, as he calls his latest gadget “a mask, a communication device, and an entertainment device.” Of course, what with him being a musician and all, audio is a big part of that, and will.i.am says the engineers spent a lot of time ensuring the Xupermask was great for listening to music but also talking during phone calls hands-free, among other things. Spec-wise, there’s active noise canceling and a battery life of up to seven hours on a single charge, and you can wear it while it’s charging in case you’re somewhere where you don’t want to take it off.

As far as ergonomics go, will.i.am says he and Fernandez drew design cues from ski helmets, which is why they opted for an adjustable head strap that’s said to be comfortable enough for all-day wear. The Xupermask will be available in black and white, as well as small-medium and medium-large sizes for $299 in a “Xuperkit” that includes the Xupermask, a carrying case, USB-charger, multiple earbud tips, and three months worth of Hepa filters. After those run out, Xupermask will be selling a three-pack of Hepa filters for $28, which is designed to last another three months.

“Drop 1” of the Xupermask is set to happen on the brand’s site April 8, for those of you in the U.S., Canada, U.K., and European Union. That said, since will.i.am is taking a page from the streetwear playbook, you can expect Xupermask to be limited on its first run — so you’ll need to bookmark the page and act fast as soon as the stock is available. And while not every will.i.am tech product has been a must-have, or a success, the fact he was able to get Honeywell onboard this project bodes well for Xupermask being more than a gimmick. But the real test will be when we actually have one on our face and we can see how it well, exactly, it fares in our bleak new reality.