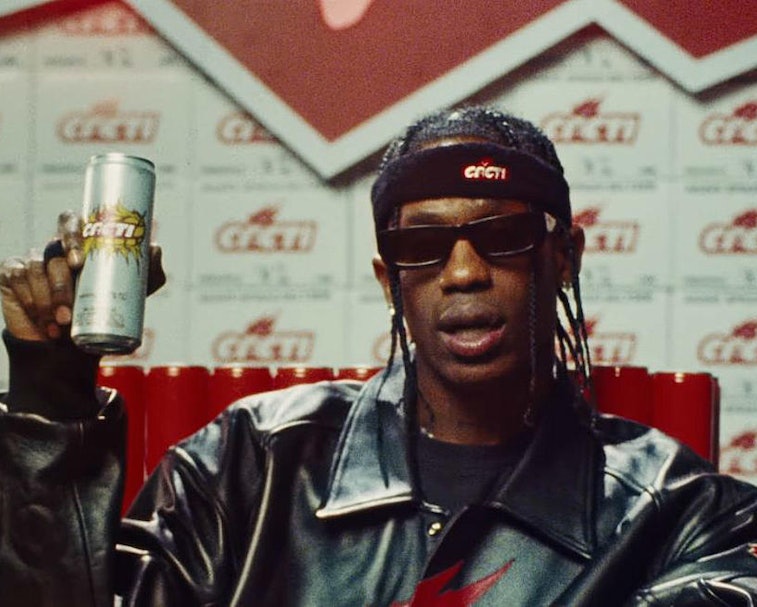 Travis Scott is hiring. The rapper announced he plans to open a Cacti College Ambassador program, allowing students to work with the company to advertise its seltzer on campus — as if Scott’s name wasn’t enough of a selling point.

“Update those resumes because this semester’s hottest back-to-campus job is officially accepting applications,” a statement released by Cacti reads. “Travis Scott’s Cacti Agave Spiked Seltzer has announced its College Ambassador Program for the fall semester. Through this program, Cacti will pay ambassadors $2,000 plus bonus incentives, Cacti merch and more.”

Sell Scott’s seltzer — Similar to other brand ambassador programs, Cacti is asking its college representatives to manage “bar and liquor store sampling, digital engagement with Cacti’s social channels, and developing and executing social media campaigns.” Various other tasks, like passing out coveted Cacti merch, will be required of ambassadors throughout the semester.

“Ambassadors will receive experience in both marketing and leadership, ongoing coaching and professional development, networking and the opportunity to join,” Cacti’s statement adds, leaving out the hype that will surely accompany the position.

The seltzer brand is seeking students to promote its products in New York City, Los Angeles, San Francisco, Miami, Orlando, Chicago, Houston, and Dallas. Those in applicable areas — who are over 21 and have a GPA of 3.0 or higher — are encouraged to apply for the ambassadorship online until August 26.

Hard to swallow — But why is Travis Scott soliciting the help of college kids to sell his seltzer? The rapper’s name alone has sold everything from McDonald’s meals to Hot Wheels collaborations, and since its launch in March, Cacti seltzers have sold out numerous times, rivaling other brands like White Claw and Truly Hard Seltzer.

It seems even college students — who are known to chug Natty Lite beer and cheap Burnett’s vodka — can’t stomach Cacti seltzer. Scott’s agave-sweetened drink, which comes in pineapple, strawberry, and lime flavors, is sadly not as lit as the rapper who backs it.

Our review of Cacti found the drink underwhelming, with the highly anticipated agave taste not as strong as a strange rubber-like flavor. Compared to all the other spiked seltzer brands out there, Cacti didn’t offer anything different, or better — save for the fact that Scott’s fans would slurp it up for hype. Will the same clout appeal to college ambassadors? Probably.