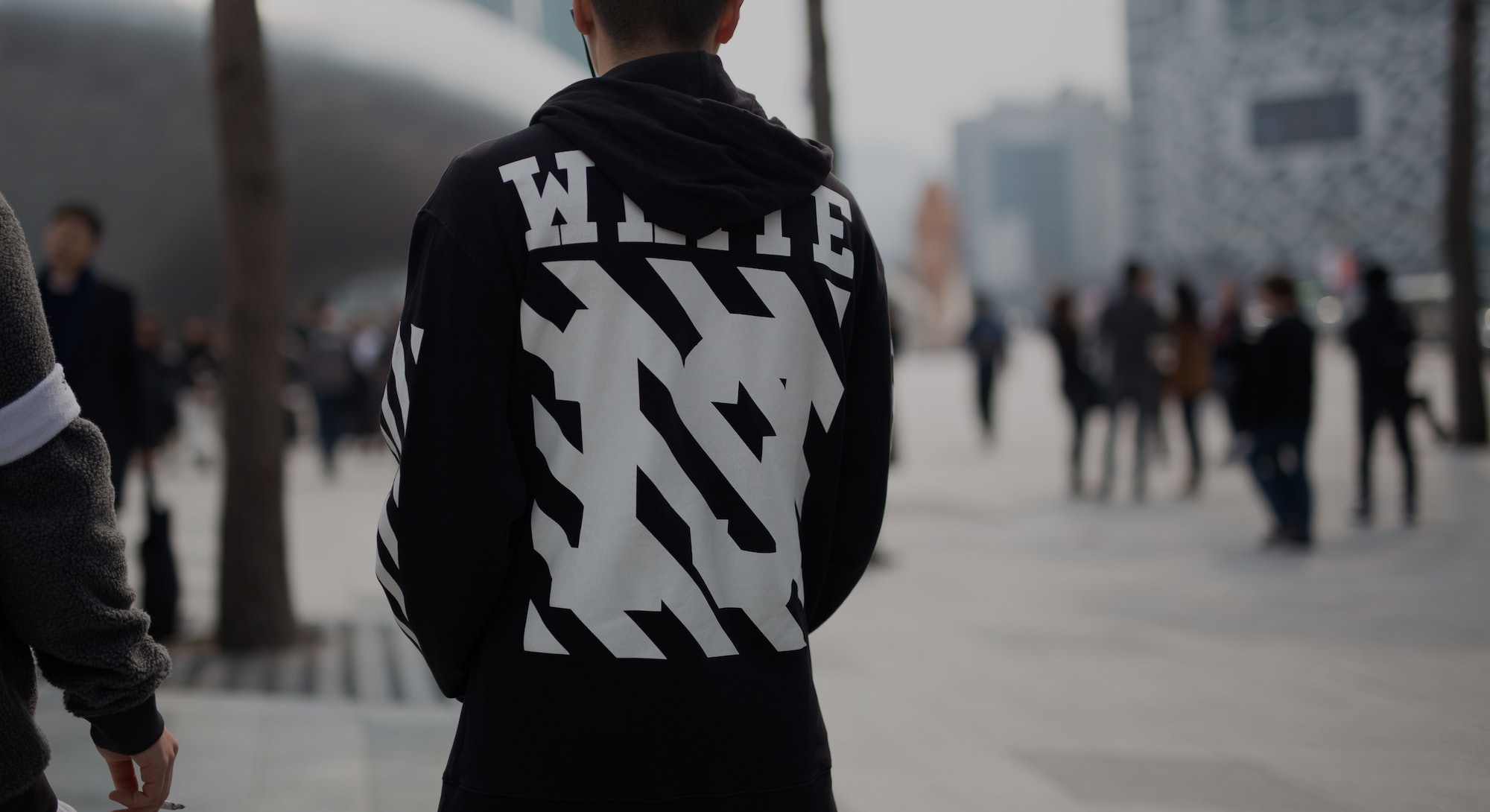 Barron Roth and Zachary Podbela had never worked a day in fashion, but that didn't stop them from trying to break into the space with a random idea they had in 2018. Together, Roth and Podbela created The Rotation, a subscription service that lets people rent clothes from popular and up-and-coming streetwear brands.

If you've ever heard of Rent the Runway, the online service that offers on-demand access to designer clothes and accessories, The Rotation is a version of that but for hypebeasts who are into brands including Nike, Adidas, Off-White, Yeezy, APC, Aimé Leon Dore, Noah, and Kith, among others.

Roth and Podbela describe themselves as complete opposites. One of them, Roth, is into style, while Podbela gets more pleasure out of being a product manager than he does out of clothes. In an interview with Input, Roth said the idea for The Rotation was born after Podbela would often come to him for fashion advice, either asking to borrow clothes or to go shopping at stores like Kith and Opening Ceremony. The problem with that, Roth said, is that Podbela had no idea just how expensive pieces can be at these types of streetwear shops.

"He would try and go in himself, but he'd walked in and see a $300 T-shirt and be like, 'This sucks. What if I don't like it in two weeks? What if I find out that this isn't in style in three weeks?'" said Roth. "There's a lot of mental baggage that goes along with designer clothing that he was really just afraid to experiment in." This kind of experience is what led them to realize the need for a service like The Rotation, one that would let streetwear aficionados try designer clothes and then easily replace them whenever they wanted to wear something new.

Beyond building a "closet without boundaries," which right now features more than 100 brands, Roth said he and Podbela wanted to make curation a key part of their offering. So while people who sign up can browse a catalog of dozens of T-shirts, pants, hoodies, jackets, accessories, and more, it was equally as important for The Rotation to have sections with a variety of highlights, such as streetwear essentials, luxe loungewear, Black-led labels, what's currently in style, and other trends.

The result is a service that doesn't only focus on the most hyped or well-known brands, like Nike, Off-White, Yeezy, or Stüssy. And Roth says that's by design, as the hope with The Rotation is to encourage individuals to experiment with their style and not be afraid to check out obscure brands they may not have heard of before, whether they're from the U.S., Japan, or anywhere else in the world. He added that the majority of customers tend to go for the hyped brands during their first order, but about 70 percent of them actually choose a less recognized one for their second box.

“There's a lot of mental baggage that goes along with designer clothing.”

Speaking of, The Rotation's subscription tiers are quite simple: You can get two, three, or four pieces of clothes or accessories at a time for $89, $129, and $159 per month, respectively. There's no limit on how long you can keep any particular item, and they can be individually swapped anytime you're ready for a fresh pair of pants, a tee, a sweatshirt or whatever else you may want from the catalog. New drops happen every two weeks, which is just the right amount of time to keep the inventory from feeling stale.

Whenever you're ready to send stuff back, you don't have to worry about washing anything — The Rotation sends you a 100 percent compostable, plant-based bag for your returns, and the company handles all the dry-cleaning before the items head to another customer. Roth says sustainability goes into the thinking of almost every aspect of The Rotation, from the use of compostable bags for shipping and returns, to choosing green, chemical-free dry cleaners, and the donation of retired garments to local shelters on a quarterly basis.

Aside from these efforts, the most obvious is the fact that a service such as The Rotation keeps people from buying new clothes constantly, which is ultimately great for the environment. It's no secret that the fashion industry has done unequivocal damage to the planet, with an estimated 26 billion pounds of clothing ending up in U.S. landfills each year. But, at the same time, The Rotation isn't an expense everyone can afford: Even with its cheapest subscription plan, it still costs more than $1,000 per year — which may be a hard pill to swallow for many, especially in today's rough economy and considering that you won't own any of the items you're paying for.

The Rotation does have an option allowing subscribers to buy clothing or accessories from it, but the pricing varies based on condition, size, and what brand they're from, and ultimately you might be better off purchasing the item brand new. Still, The Rotation might make sense for anyone who can afford it, particularly those who are deep into streetwear and enjoy trying different brands and switching up their style often.

I, for one, have been using The Rotation for a few weeks now and am quite impressed with it. Not only do items tend to arrive quickly at my door — typically a couple of days after I add them to "My Rotation" — but the return process is super simple, too. Once I'm ready to send a garment or accessory back, I just put it in the compostable bag that comes with a prepaid shipping label and then drop it off at my nearby USPS or UPS store. As soon as the company receives it, another piece from My Rotation is on its way to me, and the cycle continues until I've either run out of things I want, or I decide to cancel your membership.

Inventory for the super-hyped brands seems to be low

One thing I did notice, though, is that inventory for the super-hyped brands seems to be low. For example, I've been trying to get this Off-White hoodie in my rotation for almost a month now, but my size hasn't been available, which leads me to believe that another The Rotation member out there is hogging it. In order to alleviate this issue, Roth says The Rotation "is always looking to expand our hype categories" and down the road, it will add an autopilot feature that will take someone's favorites and "ensure they get their most desirable pieces in upcoming boxes automatically."

Also in the future, he added, the service plans to roll out a recommendation algorithm that will learn a customer's preferences — materials, size, shapes, colors — and use machine learning to turn that information into a feature that picks the best items possible for any given person. "We really have been mitigating that problem just by continually adding value to the catalog," said Roth. "At some point, a user will be interested in swapping out an item just because they see something new that just came in stock that they want. That's really the big answer."

Missing from The Rotation at the moment is Supreme, which is arguably the biggest name in streetwear, but Roth says that will be changing soon in an upcoming drop that will also include Palace. "We’re always looking to add more brands where it makes sense for our users," he said. "Early data has shown our customers are less interested in the hyped side of streetwear, so we’ve focused on more contemporary/avant-garde."

You won't find any sneakers, either, but that's because they're more challenging to maintain for a service like The Rotation: "They’re hyper-personal, but also degrade quicker than most pieces of clothing. One night of use can turn a white shoe into a brown shoe, so we don’t think it’s right for this business model."

Roth said he wasn't comfortable sharing how many active users The Rotation has garnered since launching in 2019, but noted that at one point it had a waiting list of 10,000 people who were interested in signing up, and the goal is to lure even more by making the service continuously appealing with a vast, rotating catalog and deeper curation features.

While subscription clothing boxes isn't a completely new idea, there's not much competition in the way of streetwear for The Rotation right now — and that, ultimately, may be what ends up helping it become the Rent the Runway for hypebeasts, who are always on the hunt for the next big thing to flex.

This article was originally published on July 23, 2020