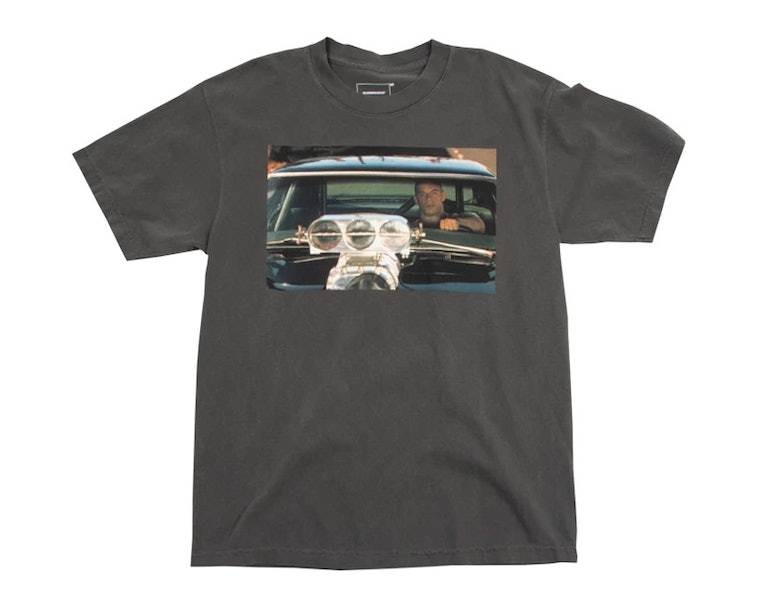 Aside from kicking off one of the most lucrative and delightfully absurd movie franchises of all-time, the original The Fast and the Furious serves as a beacon of the early 2000s style that’s making a comeback. So with F9 now in theaters, there’s no better time to commemorate the first film with a streetwear capsule.

Dumbgood, the brand that specializes in pop culture collabs, has stepped up to the plate for the Fast & Furious franchise that, surprisingly, has yet to become oversaturated in streetwear. And by keeping things simple, Dumbgood has come through strong with stills from the 2001 film.

Dominic, Letty, and the simplest villain of the franchise, Johnny Tran, all feature on the front of T-shirts and hoodies. The lone deviation from the first movie is a T-shirt with Roman in the Mitsubishi Eclipse Spyder from 2 Fast 2 Furious, a narrative inconsisetency for the capsule that we can ignore because of our love for the movies’ resident heel.

No Paul Walker — The late Paul Walker, who was inextricable to the franchise before his passing, is a notable omission in the merch — which is at once disappointing and understandable. Profiting off the likeness of a dead man can be morally (and perhaps legally) dubious, but it’s a shame we can’t wear anything bearing his Brian character.

Dumbgood’s capsule consists of short and long-sleeved T-shirts, as well as hoodies, in black, white, brown, blue, and grey. The obvious standouts are the tees with Dominic in his Plymouth GTX and Letty oozing cool and contempt inside DT Precision Auto Shop, where no one but Brian liked the tuna. The sleeper choice, meanwhile, has to be the T-shirt with Johnny Tran at race wars — as he’s one of the few characters to not become ubiquitous.

You can pick up all the F&F gear now through Dumbgood’s website, where prices start at $36 for the tees and top out at a palatable $75 for the hoodies. To borrow a phrase from Dom, when you’re wearing it, you’re family.