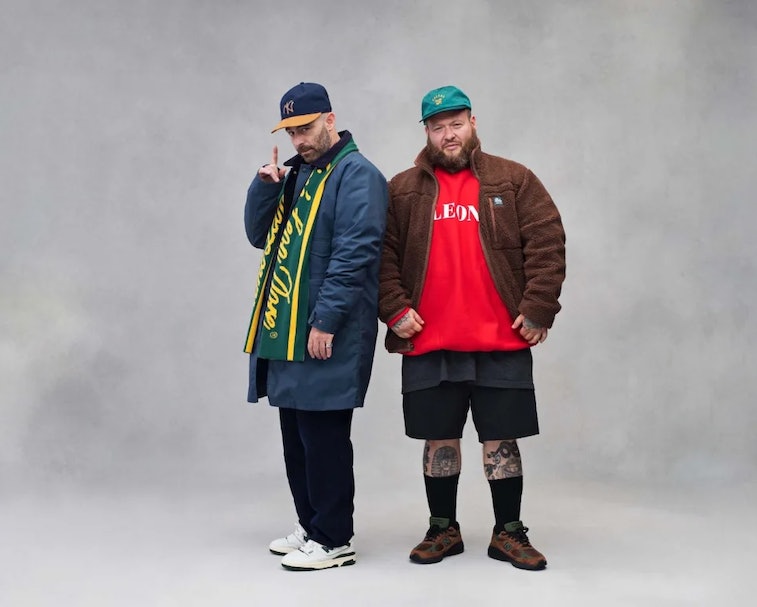 Streetwear is a dizzyingly saturated industry. The endless rotation of trends, drops, and new brands is overwhelming — it can be all too easy to stick within your comfort zone.

Despite the ever-growing roster of young brands, streetwear empires like Supreme still dictate the industry’s trend cycle — and, for outsiders, are practically synonymous with streetwear itself. While Supreme can be fairly credited for establishing New York City streetwear, and waiting in line for a Box Logo T-shirt is practically a rite of passage, it’s not a one-size-fits-all aesthetic. Even for seasoned streetwear fans, it’s possible to simply outgrow an old favorite.

Streetwear has blossomed into a billion-dollar industry, with an entire ecosystem of diverse tastes and emerging creatives. If you’re looking to expand your horizons or explore your personal style, there are plenty of labels to explore. The following seven brands are either emerging or well-established, but each one could be its own launchpad into an entirely new niche of streetwear.

Aimé Leon Dore, its Nolita flagship-slash-coffee shop in NYC, and the cold brew-sipping devotees that surround it have become such a distinct streetwear subculture, it spurred its own meme genre called “retired hypebeast.” The label was founded by Teddy Santis in 2014, but has exploded in popularity over the past two years, catalyzed by some of the most prolific New Balance collaborations of all time. ALD fuses streetwear undertones with luxury-level investment pieces, many of which are not outwardly branded. Embroidered crewnecks, nylon shorts, and $2,000 wool suits coexist within the racks, attracting hordes of streetwear fans who might have outgrown their graphic tee obsession. ALD is a true evolution of the original hypebeast aesthetic, proving that toned-down athleisure and bespoke workwear can pack just as much cultural clout.

Kyle Ng and Ed Davis launched Brain Dead in 2015, with nothing more than a few T-shirts. Fast forward to 2021, and Brain Dead’s latest offerings include roller skates, tea towels, yo-yos, jam, and a surfboard. The Los Angeles-based brand is best described as a creative collective, with an erratic inventory that usually reflects whatever Kyle Ng’s current hobbies are. Inspired by all things countercultural, Brain Dead’s aesthetic leans graphic-heavy and slightly psychedelic. This has followed them through a diverse roster of collaborators, from The North Face to Prince Tennis. Throughout every unexpected collection, Brain Dead is a welcome reminder of the spontaneity and carefree potential of post-hype streetwear.

Only NY is an extension — if not an improvement — of the NYC-based ethos that defined Supreme’s rise to fame. Launched from the Upper West Side in 2007, Only NY has forged deep roots within its city. The brand doesn’t just take inspiration from New York’s nature and culture — it gives back to it. Only NY has long-running partnerships with NYC institutions, from the MTA to the Department of Parks and Recreation, turning their ubiquitous logos into streetwear grails. Outside of collabs, Only NY’s design incorporates rugged workwear silhouettes with retro branding that usually references New York City. Only NY is a true homage to the mecca of streetwear; thanks to its niche references and local involvement, the brand feels like a community in and of itself.

Okay fine, this one isn’t exactly under the radar. Palace could easily be named Supreme’s biggest competitor in terms of demand, but the brand has managed to scale its coolness without becoming a punchline of hypebeast culture. This is largely due to Palace’s deep and unflinching connection to the London skate scene from which it sprouted — founder Levent Tanju has said he never intended, or expected, Palace to grow beyond his own skate community. Palace transforms classic skate silhouettes with cheeky and/or ironic designs, like a middle finger knit or “Jesus Saves, and Spends it on Palace” tee. Its inventory has even branched into higher-echelon products like pony hair loafers, or unexpected collaborations like a Cannondale bicycle, but there’s no confusion: Palace is not taking this hype bubble too seriously, and it doesn’t want you too, either.

Aries thrives on being undefinable, blurring the lines between eras, genders, and even industry echelons. Sofia Prantera launched the brand from London in 2012, aiming to filter subcultural streetwear nuances through a high-fashion lens. Inspired by early-’00s streetwear, anti-fashion youth movements, and the simplicity of luxury design, Aries’ genderless garments skirt the line between minimal and maximal. The brand’s iconic column logo, or “No Problemo” series of crewnecks, are subtle enough to channel “if you know, you know” exclusivity, and high-quality enough to be long-term wardrobe staples.

As the name suggests, Awake NY is a sartorial love letter to New York City. Angelo Baque launched Awake as a passion project in 2012, while working as Supreme’s brand director. By the time Baque wide-released his first Awake product in 2016, he was an industry household name for his role in defining Supreme’s aesthetic. Baque looked to ‘90s-era Queens as his muse — specifically, New York’s original hip hop scene that defined streetwear as we know it. This inspiration peeks through Awake’s pastel hues, retro graphics, and rugged workwear silhouettes. While Awake is most recognizable for its flowing script logo, the brand’s footprint also includes retro-tinged patterns and celebrating cultural pioneers like Angela Davis.

Another “retired hypebeast” brand, launched by another Supreme alum. Brendon Babenzien spent over a decade as Supreme’s Creative Director, before launching Noah with a NYC storefront in 2015. While Babenzien actively disputes being labeled as “sustainable,” Noah is a clear frontrunner in environmentally-conscious streetwear. The brand puts a screeching halt to streetwear’s breakneck trend cycle and constant consumption; Babenzien reframes coolness as slow, intentional shopping. The label’s elevated, slightly preppy designs fuse skate and surf aesthetics, and garments are ethically produced with full transparency. Not only are many Noah products made with recycled materials, but customers are encouraged to bring their worn garments back to the store to be upcycled. Even if Babenzien won’t admit it, Noah is building the blueprint for streetwear’s sustainable future.

Whether you’re truly outgrowing Supreme, or just trying to expand your wardrobe, there’s an infinite supply of new and emerging brands to explore. The relatively modern diversity of streetwear brands means you can really think about your values — like sustainability, community, or social justice — and support brands that reflect them. Supreme might be streetwear’s crown jewel for as long as the industry exists, but it’s no longer a requirement for participating and thriving in the community.