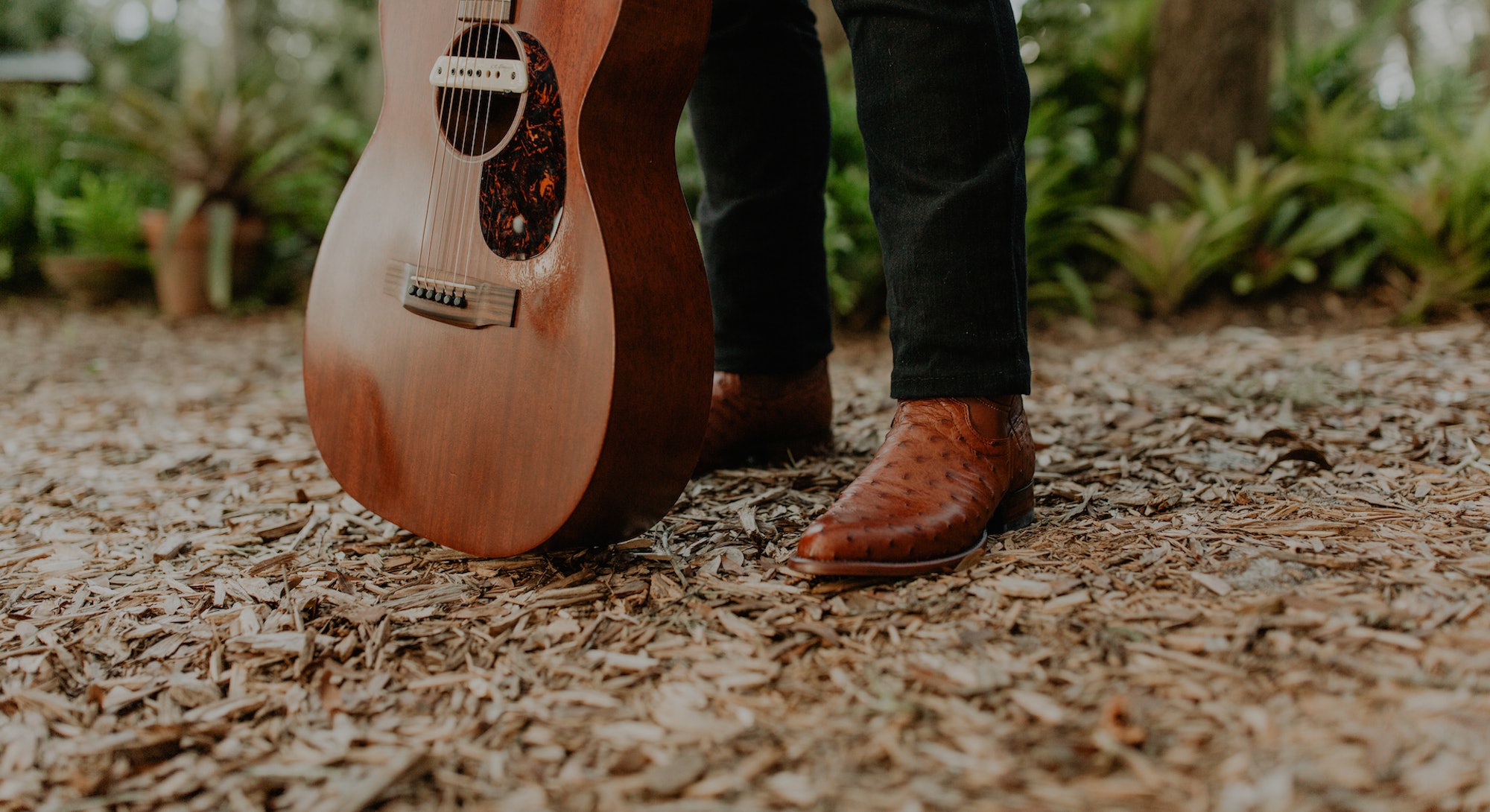 "I am not a classically trained designer. But I wanted to do this. I wanted to put this together."

Those are words from Paul Hedrick, the founder of Tecovas, a brand of cowboy boots that launched in 2015 with a direct-to-consumer approach focused on offering premium quality footwear at affordable prices, and a customer service experience designed to make people feel like they're buying an Apple product. That may seem an easy feat on paper, but the challenge for Tecovas was its mission to infiltrate an industry that's been historically dominated by a handful of century-old companies, including Justin Boots, Tony Lama, and Luchesse.

Inspired by his Texan roots and love for Western boots, Hedrick says he saw an opportunity to shake up the space after he noticed a lack of retail and online places where he could easily and pleasantly buy a pair. While working in Connecticut, he said he would have to fly down to Dallas, Texas, where he's from, to get the ostrich leather style of boot he wanted. But, even then, Hedrick says the shopping experience simply wasn't a great one, with messy grocery aisle inventory on the floor and no real boot experts to help him out.

"The only real options for buying Western boots at the time were unpredictable," said Hedrick about what it was like to buy them from big-box store, which is what eventually sparked his idea to create Tecovas. "There are hundreds of boots on the shelves. Some brands are $50 and some are $5,000 and they're right next to each other. And you kind of feel like you need a sherpa, some guy with a big, gray mustache. You feel like you can't navigate it yourself. It's just confusing and not super approachable."

A Harvard graduate, Hedrick has told the story of how Tecovas was born countless times: While working at a consulting agency, where he researched consumer brands and products, he suddenly had an itch to build something of his own — so he went out and did it. "I was sitting at my desk and I was wearing a pair of my ostrich cowboy boots, and I thought 'Let me just start to think about what I want to do, and I'll start with my feet,'" Hedrick told Input in an interview. "I literally looked down, like, 'Man, these boots I bought I've never thought about this category from a business perspective,' because the truth is it was not a great brand experience, not a great purchase experience."

What makes Hedrick's Tecovas story fascinating isn't that "gotcha" moment that all successful entrepreneurs seem to have in common, but rather the fact he started a footwear company without any design experience in the industry. Hedrick says when he was a kid he took and loved art classes, and at one point in his life even considered taking the subject on as a career, though he didn't consider himself a "professionally trained artist by any means" before deciding to start making cowboy boots.

"I hadn't done anything creative since college," said Hedrick. "And Tecovas turned into a bit of an outlet for me." He added that, for the brand's first three or four years, he basically designed all of its products. Hedrick said it all started in 2014 when he flew down to León, Mexico, known as the shoe capital of North America, with a Microsoft PowerPoint deck and some sketches in hand — which are what eventually helped bring his initial silhouette designs to life. Using the knowledge of bootmakers in León, Hedrick laid out an ethos for Tecovas that blends craftsmanship with premium materials, comfort, fit, and style: Designed in Texas, made in Mexico.

“In the beginning I was just whipping something up and trying to get it to market as fast as I could.”

To make one of Tecovas' boots, it takes an entire team of artisans more than 200 steps, as they implement handmade techniques such as shaping and stitching the leather to its specifications, lining the cork that molds to your feet overtime, hammering the lemonwood pegs on the midsole, and stacking the leather heels that bring the durable boot to completion. And, by cutting out the middleman and being in charge of every stage of its product — from designing and manufacturing to packaging and sales), Tecovas can avoid the retailer markups that traditionally come with high-end, handmade Western-style boots. Combined, these elements are what, Hedrick hopes, makes Tecovas' footwear different than its competition.

For Hedrick, those business rivals include players that have reigned over the cowboy boot market for hundreds of years, like Justin Boots and Tony Lama — which were founded in 1879 and 1911, respectively, and are both now majority-owned by Berkshire Hathaway, the conglomerate holding company ran by billionaire Warren Buffet. That's the challenge ahead for Tecovas: convincing boot lovers to set their loyalties aside and give its brand a try, along with trying to get others to embrace the Western style outside of the Southern part of the U.S.

Still, rather than worrying about what competitors may do, Hedrick says his focus is on perfecting the Tecovas formula — and the rest will fall into place on its own. He said that, while he didn't set out to make cowboys boot mainstream, he loves hearing about people from New York or Los Angeles owning a pair of Tecovas. "The original mission wasn't necessarily to broaden the market or to bring Western products to new or different people," said Hedrick, "but rather just simply fill what I thought was a major gap that existed among the category and [its] customer base."

Hedrick said that while the cowboy boot industry was already big, "it's been inspiring to see how many people we've been able to introduce to this heritage-filled, awesome category and product." And although he wouldn't share any specific sales numbers, he did say Tecovas is "selling hundreds of thousands of pairs of cowboy boots per year." To put this statement into context, Tecovas currently offers 24 men's and 10 women's styles, which range from $200 to $450 and include non-Western silhouettes like a Chelsea boot. The brand has also expanded to offer bags, belts, jeans, shirts, wallets, bandanas, neck gaiters, socks, and, most recently, workwear for men, as it looks to take on other areas beyond footwear.

Behind these products, and a retail operation that went from being online-only to having 13 stores across the U.S. (with more planned for 2021), is a team that has grown from one person to 200-plus people, Of course, that means here's now an in-house shoe design team, though Hedrick says he still influences and proofs every boot Tecovas creates — just as he did in 2015. "Every now and then they let me draw something," he said. "What's been great is that they've been able to bring us into the future... and thinking about what we're making ahead of time, because in the beginning I was just whipping something up and trying to get it to market as fast as I could."

Up next for Tecovas, Hedrick said, the company plans to do something it has never done before: work on its first collaborations, as well as potentially dive into the Western hats space, which he called a "twinkle in our eye." Hedrick wouldn't disclose which brands Tecovas will be working with on those upcoming partnerships, or whether they'll include footwear, only going as far as to say that some will include products it already makes. "We kind of had our blinders on the first few years, and we knew we needed to get good at designing and selling products ourselves," he said. "[Collaborating] is a great way to introduce your audience to new products, but it's also a great way to introduce a new audience to your products."

There's also an opportunity for Tecovas to capitalize on launching more limited-edition product — a strategy that works wonders for sportswear and streetwear giants like Nike and Supreme — which could help bring even more hype to the brand since certain consumers love that sense of exclusivity.

"It's always going to be a small percentage of our focus, but it's a really important part of building connectivity with people who want to be different, who don't necessarily want the boot that everyone else has or that's always for sale," said Hedrick. "They may only want to interact with us in a way that makes them feel more special, and I think that's cool. We just gotta make product that makes people happy, 'cause that's our goal."