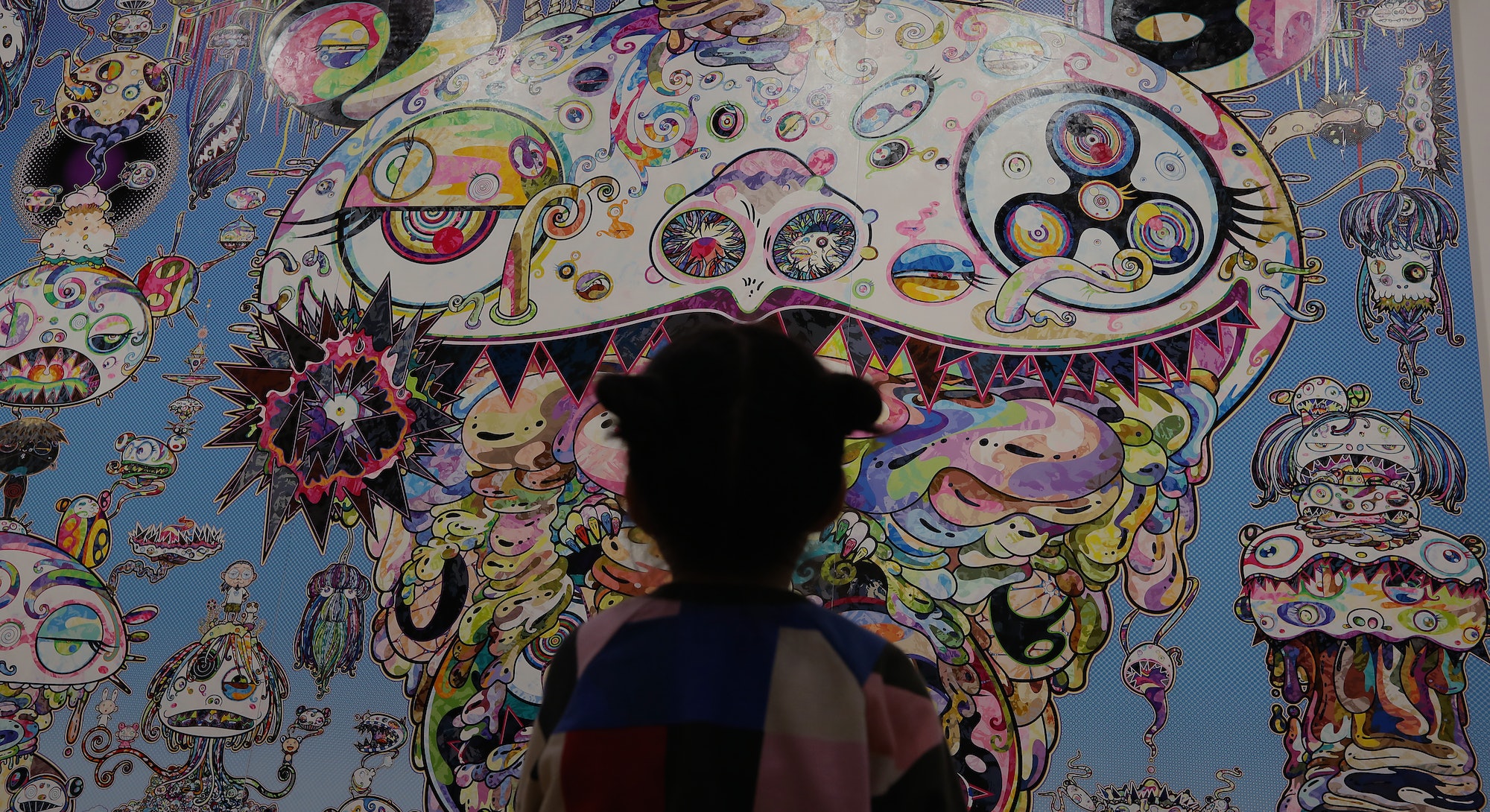 The way sneakerheads and streetwear enthusiasts shop has changed dramatically over the past decade. Gone are the days when they used to have to wait in line for hours outside a retail store — although that's still an essential part of the buying experience for fans of brands like Supreme.

In 2020, those who are obsessed with hyped, limited-edition shoes or clothes can get basically whatever their hearts desire straight from their phone, all without ever having to set foot in an actual physical space. For companies such as NTWRK, which has been described as the Home Shopping Network (HSN) or QVC for millennials, the idea since it launched has been to turn online shopping into a community event — one that makes purchasing any sort of goods, from sneakers to art, feel like a less isolated task.

Founded in October of 2018, NTWRK's CEO is Aaron Levant, 37, who created the style trade show "Agenda" at age 19 and in 2016 helped bring "ComplexCon" to life, NTWRK has quickly gained fame thanks to its unique approach to exclusive product drops. Inside its app, people watch a series of live shows and get virtual tickets to enter a lottery-style system where they may win the chance to buy highly coveted items from the world's hottest brands, including Nike, Jordan, Off-White, Adidas, Yeezy, Supreme, Louis Vuitton, and Rolex. At the end of each episode, a random winner is picked and announced, and they can then buy what was up for grabs.

“There has to be something about it that's unique.”

In addition to NTWRK's Drawings — which are essentially raffles, but legally it can't call them that — the company also has a more traditional online shop that offers anything from Vans sneakers to Puma hoodies, to Jason Markk shoe cleaning kits and a $375 basketball-meets-gardening sculpture from Mr. Flower Fantastic and tequila maker Don Julio. And, in the age of COVID-19, NTWRK has started investing in live virtual events with "Transfer," a two-day internet gathering designed to emit the essence of a real-life festival, featuring panel discussions about various industries, DJ sets, and, of course, a slew of product releases.

Levant told Input in an interview that the biggest misconception people have of NTWRK is that it's just an app for selling sneakers, similar to GOAT or StockX, which he says is simply short-selling his vision for the app. "Fandom is the easiest way for us to look at it," Levant said on the demographic NTWRK is after, noting that "wherever there's an audience of people who are hyper-passionate" about any particular genre, that's who his company wants to attract, cater, and sell to.

"Sneakers is actually our smallest category, believe it or not," he said. "So we really are in a lot of verticals. We're selling everything from hot sauce, cookbooks, and coffee table books, to toys from GI Joe, Hasbro, and Funko, to high-end Takashi Murakami artwork from $800 to $2,500." Levant added that, in the near future, one of the main goals for NTWRK is to be in the beauty industry and have more women's products, while at the same time continuing to focus and roll out new features for streetwear, sports, collectibles, and memorabilia.

“Our whole efforts right now are on frequency and quality.”

For Levant, aside from ensuring Drawings shows are entertaining, it's also important to bring a curation aspect into the shopping experience — because not every product is created equal, and what may interest a sneakerhead could be completely different than an art collector. "If we're working with a brand, we're not just going to sell a commoditized product and be like, 'This is the new Kobe shoe in white,'" he said. "That's not interesting. It has to be a collaboration; an innovation. There has to be something about it that's unique, and the way we look at it is products that have a story to tell."

An example of that curated strategy could be the limited-edition artwork Murakami sold exclusively on NTWRK, which raised funds for Black Lives Matter. Back in September, the app had its first-ever Basquiat collection, as well, which included T-shirts, hoodies, a jigsaw puzzle, a tote bag, a yoga mat, and since this is 2020 after all, face masks. While some of the exclusive items that end up on NTWRK could eventually be sold elsewhere on the internet, like a brand's or an artist's own site, Levant said there's an area where his app is keen to stand out: giving customers that sense of exclusivity which comes with getting access to sneakers, art, and other items before anyone else.

Up next, as NTWRK gets ready to celebrate its 2nd anniversary, the company is hosting a new event dubbed "10.10" on, well, October 10 that will be live-streamed and offer a mix of exclusive drops, celebrity guests, and giveaways. Staying true to its nature, NTWRK says its inaugural "shoppable" shindig is going to let people have an opportunity to buy more than 20 hyped products across its verticals, such as art, collectibles, fashion, and sneakers. "It's just the frequency," Levant said. "Our whole efforts right now are on frequency and quality."