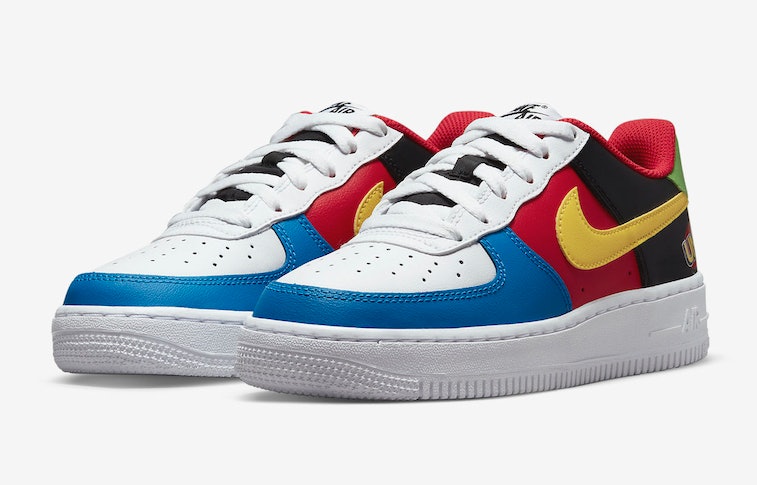 Nike has dealt the cards for its next Air Force 1 collaboration. The brand is commemorating the 50th anniversary of UNO — the most popular card game in history — with a sneaker dressed in the game’s signature red, yellow, blue, and green shades. Co-branding, as well as special anniversary insoles, make this Air Force 1 a winner.

Sneaker brands like Nike have increasingly teamed up with established franchises over the last few years, although this Air Force 1 marks the first time UNO has gotten its own collaborative shoe. While Nike introduces new partnerships nearly every week, the card game has only worked with streetwear brands like BAPE and The Hundreds, debuting exclusive co-branded card decks. Its official collaboration with Nike is a rare occasion, meaning fans of the game should definitely not Skip on this footwear opportunity.

Know when to hold ‘em — Like UNO’s packaging — and coveted Wild Card — the sneaker alternates red, yellow, blue, and green shades between its panels. Blue covers the mudguards, contrasting white toe boxes, while the quarter panels are decked out in bright red. The shoe’s back panels are dressed in black to allow for its yellow Swoosh to shine bright.

UNO’s recognizable logo appears at the heel, claiming the shoe’s color palette. Nike branding sits on the green heel tab, spelled out in blue for another pop of color. Inside the Air Force 1, red mesh lines the interior and ankle collars, while blue insoles feature a “50” motif commemorating the card game’s anniversary.

Unlike other nostalgic sneakers that have debuted this year — like Reebok’s NERF or Ghostbusters collaborations — UNO’s Air Force 1 is fit for wearing every day. Its rainbow makeup doesn’t have to be specially styled, nor is it enough of an eyesore to keep as a collectible. Simply put, it’s a winning collaboration.

Know when to fold ‘em — As of now, only Grade School, Pre School, and Toddler sizes have been made available, but adult sizes may be on the cards. A launch date has not yet been announced by either brand, but a release will likely happen later this year to coincide with the actual 50th anniversary.

Keeping with the spirit of the game, Nike is expected to drop the UNO Air Force 1s through a Draw on its SNKRS app. Let’s hope the results are more rewarding than an actual Draw in the card game.