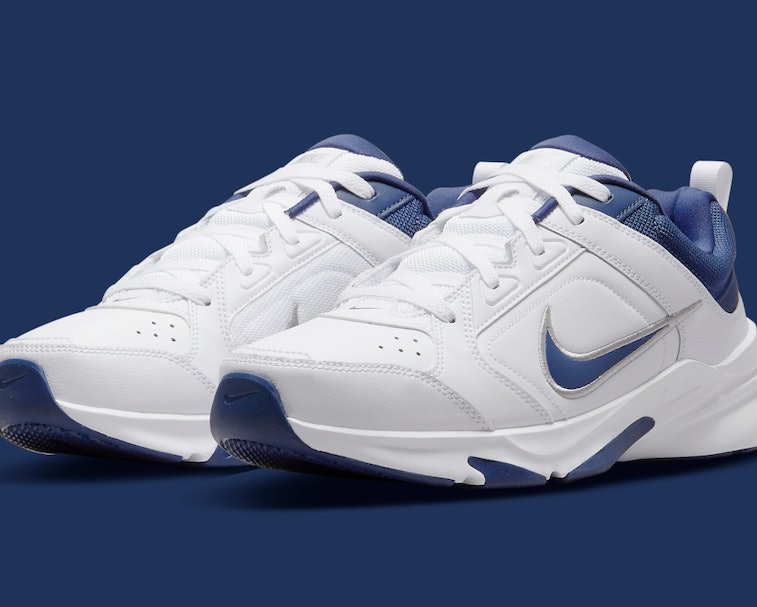 The Air Monarch IV is the fourth generation of Nike’s quintessential dad shoe. Supportive and affordable, the cross-trainer has seen only slight alterations in its near 20-year history as a “fries and soda” option for no-frills consumers. None of the versions have exactly been the sexiest of sneakers, but they move units in a subset of men who don’t think much beyond comfort for their feet.

Because of the emergence of “dad shoes” as a trend, more eyes than ever are now on the Monarch — which makes this the perfect time for Nike to give it an update. And while sneakerheads will notice the slight differences on the new Monarch IV, which won’t see a new number edition, certified dads may just go on not realizing anything has changed.

Official images have surfaced showing the Air Monarch IV getting more dynamic, spearheaded by a newly emphasized collar in mesh that extends well down the heel. The midsole, meanwhile, has been pared down with the removal of “Air” branding and simpler lines giving way for a flourish something like a complementary check underneath the Swoosh.

Low-key a good looking shoe — The dad shoe trend is largely built on irony, but it’s also unlocked genuine appreciation for sneakers that had been previously written off because of their associations. While the previous iteration of the Air Monarch IV fell into “so ugly it’s good” territory, its newest incarnation has a legitimate aura of attraction.

Of the four color schemes that have surfaced, the one in white and a shimmery blue makes the best case for the new Monarch IV holding up in a vacuum. The color combo, along with the revamped lines of the upper, makes the sneaker look more sleek than chunky — something that should appease beer-drinking, lawn-mowing dads and the fashion crowd alike.

For now, all we’ve got on the new Monarch IV are its images. Because of its understated nature, we can expect the sneaker to release soon without much of a hurrah — and best of all, without having to worry about sellouts.