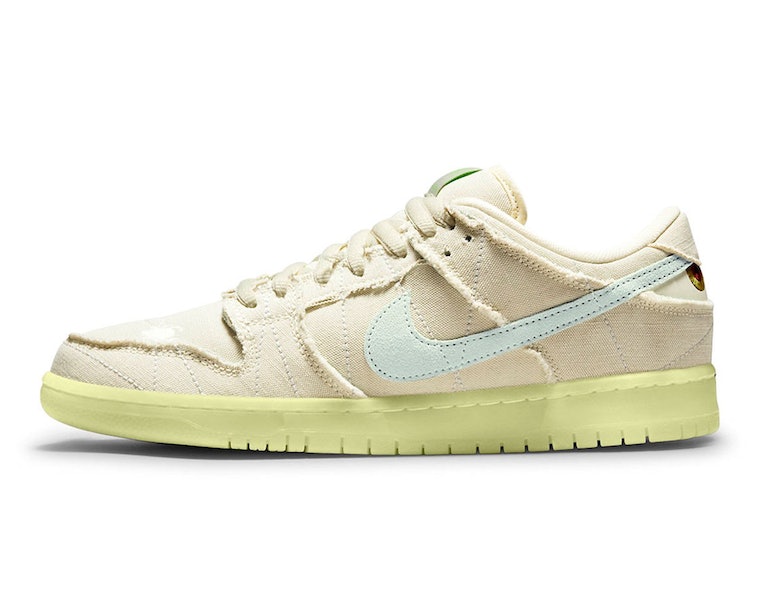 Nike’s annual collection of Halloween sneakers continues to grow bigger, and it may be time to anoint the best spooky kicks of the year.

Images have surfaced for an SB Dunk Low “Mummy” that’s not only the highlight of the season, but one of the brand’s most fun concepts of the year. A bandage-liked canvas is used for the sneaker’s upper, complete with pre-distressing and a nominal amount of faux smudging. The rich detailing doesn’t stop there, though, with eery red eyes appearing on a cut-out mustache sitting deeper than the rest of the heel.

The Dunk’s interior also brings an Eye of Horus printed onto the tongue’s underside, while the insole features a photograph print of bandaging unspooled over grass and surrounded by gummy worms. And to cap off the Halloween fun, both the sole and mustache glow in the dark.

Prepare to do some hunting — Securing the “Mummy” SB Dunk will require you to do your best Brendan Fraser impression as you seek to track the sneaker down. A release through the SNKRS app isn’t on the bill, as select local skate shops will get the exclusive for the monster-themed Dunk.

If you aren’t able to hunt down the “Mummy,” Nike also has plenty of other Halloween-themed sneakers slated to drop before the holiday that will require less digging. A four pack of sneakers consisting of the Air Force 1 Low, Air Force 1 Experimental, Dunk Low, and Air Presto all make of creepy eye graphics, with all but the Presto featuring glow-in-the-dark detailing. Also on the bill is a purple version of the Air Force 1 Low “Skeleton,” the fourth in Nike’s anatomically correct annual releases.

Never before have we seen Nike release so many sneakers specifically tied to Halloween, and when you throw in the Día de Muertos kicks that’ll come soon after, there’s no shortage of options for those who love skeletons, spiders, and the like.